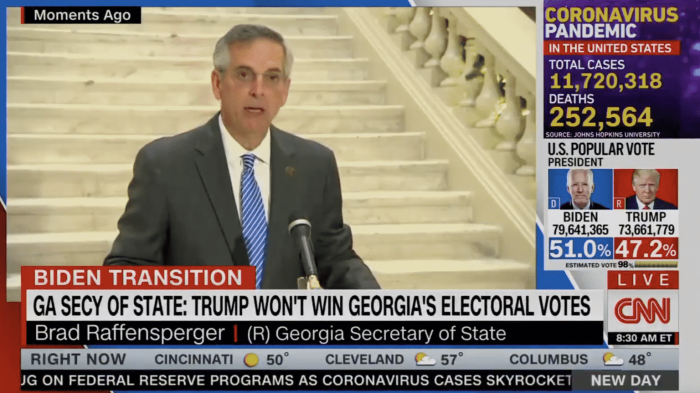 Georgia Secretary of State Brad Raffensperger is accepting the results of the election despite being a supporter of President Donald Trump.

“As I’ve said before, I’m a proud Trump supporter. I was with him early in the 2016 election cycle and he’s governed the nation by the same conservative principles that I hold dear,” Raffensperger said during a press conference Friday.

He argued voters feel their side was “cheated,” and...