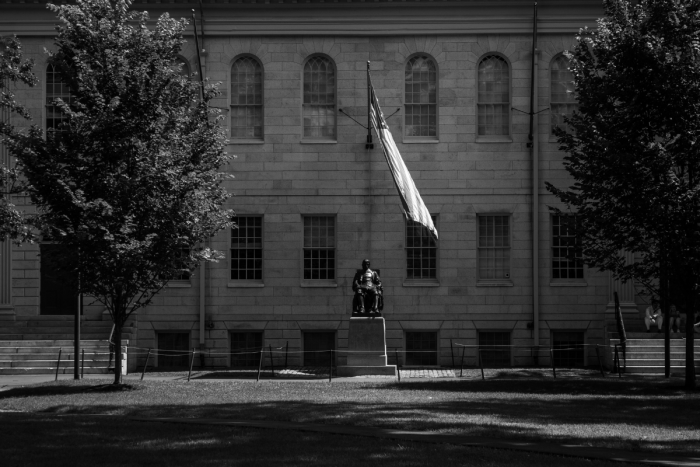 Statement by American Council on Education

NEWS
The Bias Narrative versus the Development Narrative: Thinking About Persistent Racial Inequality in the United States
Quillette

Conservative legislators and special interest groups are using scientific studies as a cudgel in their attempts to limit children’s access to gender...

A Thousand Coal Miners Are Still On Strike After 4 Months

Michael Argo has spent 13 years working underground at a coal mine in Brookwood, Alabama, just outside Tuscaloosa. It’s the same mine his father worked at,...

The Void That Critical Race Theory Was Created to Fill
OPINION

In 1971, Derrick Bell, a forty-year-old civil-rights attorney, became the first Black professor to gain tenure at Harvard Law School. A soft-spoken and...

Apple Has a Growing Homeless Encampment on Its Property

Apple has committed billions of dollars to fixing California’s housing crisis. But clusters of homeless people living in dilapidated RVs, shacks, and...

Inmates are Dying in Connecticut's Prisons Due to Medical Negligence

Staff shortages, widespread mismanagement and poor quality of care has caused medical negligence that has led to inmates dying in Connecticut's prisons, even...

We may never know how many American Indians or Alaska Natives died of COVID-19. The Indian Health Service, a division of the U.S. Department of Health and...

It is nearly noon, and a Los Angeles sanitation crew is wrapping up dismantling the home of Jack Rivers. A yellow-vested worker rakes the narrow strip of...

What Science is Missing
ANALYSIS

Chanda Prescod-Weinstein, a theoretical physicist at the University of New Hampshire, is one of about 100 Black American women physicists, but she nearly...

On Thursday, the state of Mississippi asked the Supreme Court to reverse Roe v. Wade. “Roe and Casey are egregiously wrong,” the state said in a...

The Bias Narrative versus the Development Narrative: Thinking About Persistent Racial Inequality in...
OPINION

Let me be as provocative as I can. I want to talk about the power of narratives to shape racial politics in this country. As we all know George Floyd was...

Former President Donald Trump released a statement lambasting the politicization of the Department of Justice, following the announcement of a lawsuit against...