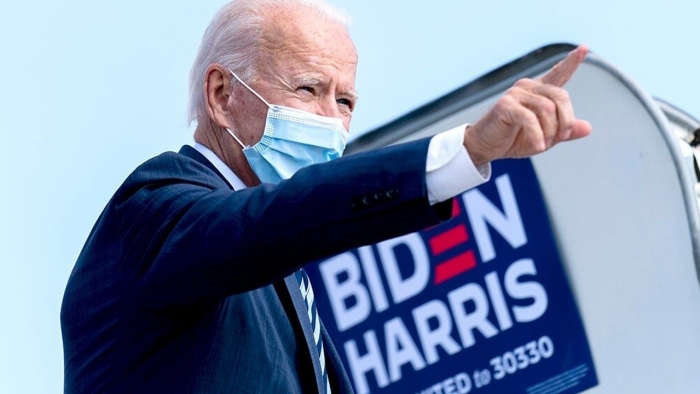 Lawyers for President-elect Joe Biden's transition team accused President Trump and his allies of trying to "interfere with the inevitable" as the president refuses to concede the election and continues to pursue legal challenges to ballots in several states.

The White House and Trump political appointees have told government officials not to begin working with the Biden transition team until the General Services Administration (GSA) makes its official ascertainment that Biden has won the election, according to reports.

Biden takes the helm as president: ‘Democracy has prevailed’
ANALYSIS

Joe Biden was sworn in as the 46th president of the United States on Wednesday, declaring that “democracy has prevailed” and summoning American resilience and...

Viewers' guide to Biden's Inauguration Day: Everything you need to know

Joe Biden will be sworn in as the 46th president of the United States on Wednesday in a ceremony that will keep with tradition while being unlike any other...

President Trump and his family took off on Air Force One at 9 a.m. on Wednesday morning for the final time en route to Florida. The big picture: Trump's...

Joe Biden has been sworn in as the 46th US president, ending one of the most dramatic political transitions in American history. "Democracy has prevailed,"...

Will There Ever Be Another ‘Baby Boomer’ President? Let’s Hope Not.
OPINION

Trump departs White House, tells supporters in final address as president: 'We will be back in...

President Trump on Wednesday morning told supporters that "we will be back in some form" after he departed the White House for the final time as president,...

Inauguration Day 2021: Live updates as Joe Biden is sworn in as president

Security officials across local and federal agencies are on heightened alert a day before the inauguration of President-elect Joe Biden, and the hunt for a...