Will Trump Ride Off into the Sunset?

Donald Trump, Politics, White House
Save for Later
Add to My Front Page
From The Right 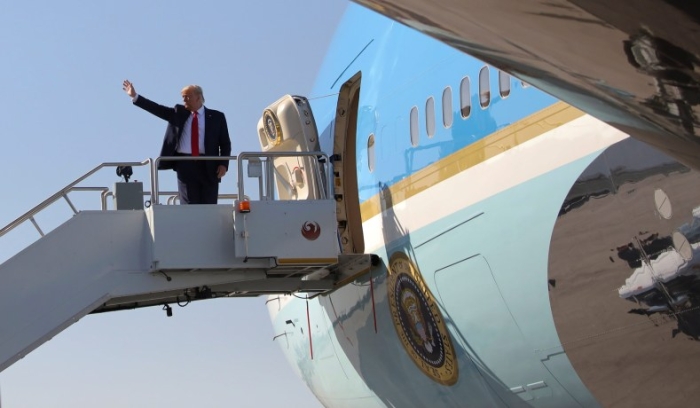 Often, Hollywood epics and even some Sophoclean tragedies have a sequel.

Ionce wrote that whenever Donald Trump exits office, he will likely leave as a “tragic hero.” Over two millennia ago, the Athenian tragedian Sophocles first described the archetype in his portraits of an angry and old but still fearsome Ajax, and heroic but stubborn and self-fixated Antigone.

In the iconic John Ford Western “The Searchers” and in a host of other films from “Shane” to “High Noon,” we have seen stories of these sorts.

The legalistic but impotent town...

Read full story
Some content from this outlet may be limited or behind a paywall.
Donald Trump, Politics, White House

California voters most likely to participate in the September recall election are virtually split over whether to oust Gov. Gavin Newsom from office, according...

The case for optimism about American democracy
ANALYSIS

Why Fareed Zakaria believes the American experiment is flawed but resilient. How worried should we be about the state of democracy? Democracy panic is...

President Joe Biden arrived in Ohio on Wednesday mindful the days for actual bipartisan governing in Washington are quickly waning....

As birthrates dip, some conservatives warm to the child tax credit

A newly expanded child tax credit, while passed by Democrats, is an idea that also speaks to values held by many conservatives: supporting struggling families...

Americans' trust in all big institutions has cratered, but look at the massive gap in who we do trust. By the numbers: New Gallup...

“Democrats in the Texas Legislature bolted Monday for Washington, and said they were ready to remain there for weeks in a second revolt against a GOP...

The Government’s License to Lie
ANALYSIS

The White House and Senate need to stop worrying about what people are sharing on Facebook and instead focus on winning back public trust. Last week,...

President Joe Biden frequently calls out his political opponents as dangers to democracy. It's an easy charge to make, given former President Donald Trump's...

It was a line that you would expect to receive thunderous applause. Former Vice President Mike Pence, addressing a crowd of some 1,200 evangelical...

Why Communism Should Be Tried For Its Crimes Against Humanity

Cubans have been marching in the streets for freedom, chanting “Libertad!” and demonstrating by the thousands that they’ve had enough of the sham called...