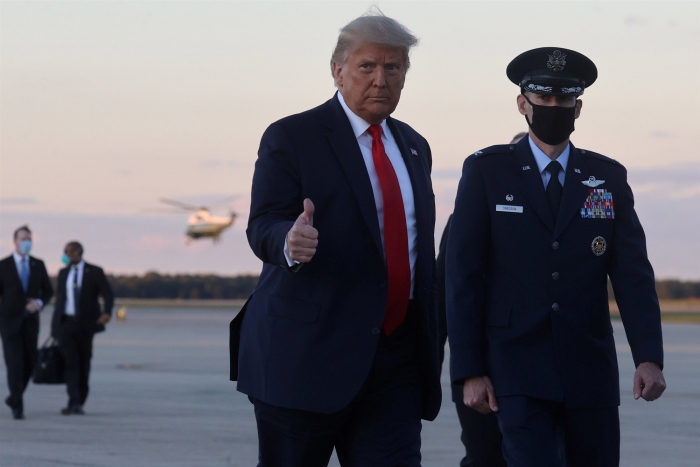 Several loyalists to President Donald Trump were promoted to top roles in the Defense Department on Tuesday after officials resigned following the unceremonious ouster of Defense Secretary Mark Esper.

Go ad-free! Support AllSides.
About these ads
More news about US Military
https://www.nbcnews.com/politics/national-security/trump-loyalists-given-top-pentagon-roles-after-several-officials-resign-n1247346

Major michael hutchinson, a Green Beret with the 3rd Special Forces Group, was in charge of the secret operation to help Afghan commandos recapture Kunduz. It...

COVID-19 vaccine rollouts are lagging. Here's what states are doing to pick up the pace

A growing number of states that have struggled to speedily distribute the COVID-19 vaccine are enlisting the National Guard for help. Washington is the...

As a violent mob descended on the U.S. Capitol on Jan. 6, lawmakers and aides hid wherever they could, waiting for the military and police to arrive. But many...

Thousands of National Guard Troops to Remain in DC Through March

At least 5,000 National Guard members will remain in Washington through mid-March, a spokesman for the agency confirmed to The Epoch Times. “As we continue...

US Military Says Its Troop Removal from Somalia Is Complete

The U.S. military says its troop withdrawal from Somalia is complete, in one of the last actions of President Donald Trump’s presidency. Some experts have...