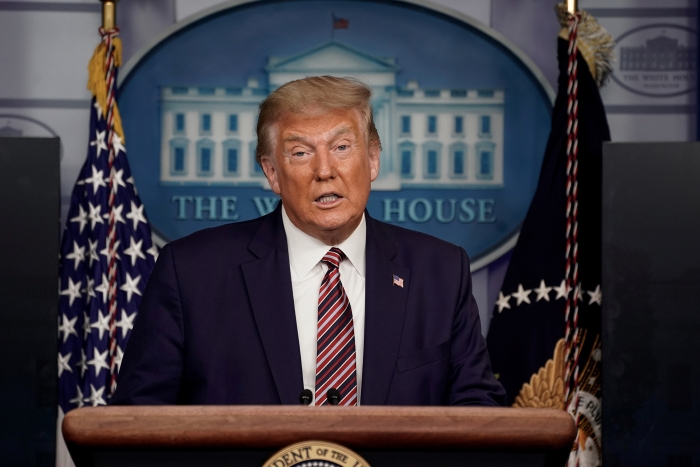 President Trump urged Republicans not to let former FBI Deputy Director Andrew McCabe get away with “totally criminal activity” as he began testifying in the Senate about the origins of the investigation into the Trump campaign’s ties to Russia during the 2016 presidential election.

“Republicans, don’t let Andrew McCabe continue to get away with totally criminal activity. What he did should never be allowed to happen to our Country again. FIGHT FOR JUSTICE!,” the president posted on Twitter shortly after 11 a.m. as the Senate Judiciary Committee hearing got underway.

Dr. Fauci Says Not Having to Deal With a Lying President Is ‘Liberating’

Dr. Anthony Fauci is back at the White House podium — and feeling liberated. Fauci, President Biden’s newly-minted chief medical officer, made it clear...

Democrats press ahead with second impeachment trial, as GOP is divided on how to defend Trump

Democratic members of Congress are pressing ahead with preparations for the second impeachment trial of former president Donald Trump, saying there is a “...

As Donald Trump left the White House yesterday, he returned to a business empire in dire financial condition—far worse than previously reported, according to...

The U.S. House of Representatives on Monday will formally charge ex-President Donald Trump with inciting insurrection in a fiery speech to his followers before...

Republicans in disarray: Where does the GOP go from here?

When President Trump exited the White House on Wednesday, he left behind a Republican Party reeling from a series of tough election defeats. Four year ago, the...

Trump impeachment article being sent to Senate Monday, ahead of trial next month

Just before 7 p.m. on Monday, the House of Representatives' impeachment managers will march an article accusing former President Donald Trump of inciting an...

"Goodbye. We love you. We will be back in some form," Donald Trump said at the end of his final speech as president of the United States. "Have a good life. We...