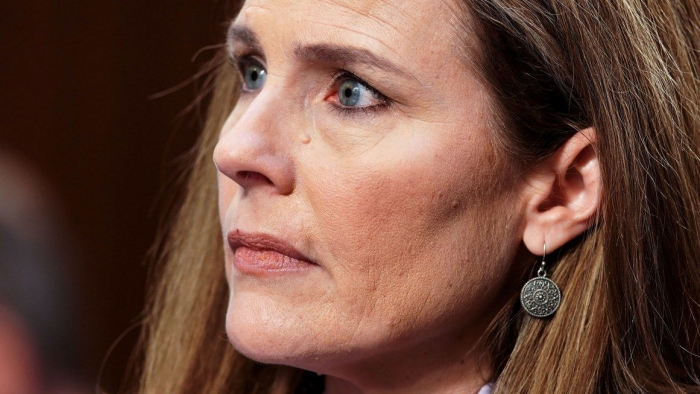 The Supreme Court this morning spent two hours debating whether the city of Philadelphia can decline to contract with a Catholic organization to place foster children with families if that organization holds religious objections to allowing same-sex couples to participate.

The complicated case pits the general application of discrimination laws against the boundaries of religious liberty. Based on the lines of questioning today, it's not entirely clear where the Court's justices will fall.

In brief remarks at the International LGBTQ Leaders Conference, President-elect Joe Biden told listeners that he is “committed” to making an LGBTQ-affirming...

Actor Elliot Page, formerly known as Ellen Page, just announced on Twitter that he is transgender, making him one of the most famous transgender men in the...

After decades of attempts by the Catholic Church to crush marriage equality, Pope Francis has called for civil unions for same-sex couples. “What we have to...

What to make of Pope Francis' Civil Union Comments?

This Abridge News topic aggregates four unique arguments on different sides of the debate. Here are the quick facts to get you started: THE QUICK FACTS Pope...

Pope Francis has said that homosexuals should be protected by civil union laws in some of the clearest language he has used on the rights of gay people since...

Two conservative justices mounted a fresh attack on Monday on the landmark 2015 ruling that legalized gay marriage nationwide even as the U.S. Supreme Court...

President-elect Joe Biden announced Tuesday he had chosen Dr. Rachel Levine to serve as the assistant secretary of health for the Department of Health and...

Because Democrats don't hesitate to use power even if they lack legitimacy, they will go farther than Obama did in pushing transgender ideology on American...

A new study says that transgender women maintain a physical advantage over biological women in sporting competition, including a full year after transgender...

Pope Francis is well known for his more casual approach to the papacy and tolerant tone toward homosexuality, but a new documentary reveals his support for...