Media industry, Polarization, coronavirus
Save for Later
Add to My Front Page
From The Right 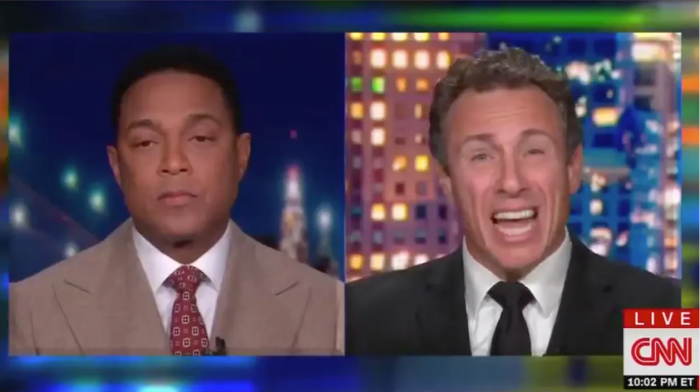 CNN's Don Lemon revealed on Thursday that he had to cut loose friends, who he said were from "red states" who were "too far gone."

What are the details?
Lemon made the remarks during a handoff between him and CNN anchor Chris Cuomo.

"I have many people who I love in my life," he began. "And yeah, I come from a red state. I've lived in several red states. There are a lot of friends I had to get rid of because they are so nonsensical when it comes...

HEADLINE ROUNDUP
US to Spend $3.2B on Developing Antiviral COVID-19 Pills

‘There will always be claims of cheating’ in elections, but fact-checkers can work together to...
ANALYSIS

Fact-checkers emphasized Tuesday the importance of collaboration in protecting election integrity and fighting back against false accusations of fraud....

Joe Biden Spars With Reporter Who Asked Why He's 'Confident' Putin Will Change...

President Joe Biden sparred Wednesday with a reporter who asked what makes him confident that Russian President Vladimir Putin will change...

Media on the mend

Fox 26 Houston reporter Ivory Hecker, who teased her work with Project Veritas in a surprise off-script TV hit on Monday, was reportedly fired...

"CBS This Morning" co-host Tony Dokoupil gave a perplexing excuse Wednesday for a man seen in a viral video stealing multiple items at a San...