Healthcare, Facts and Fact Checking, 2020 election fact checking, Campaign Rhetoric, Donald Trump
Save for Later
Add to My Front Page
From The Right 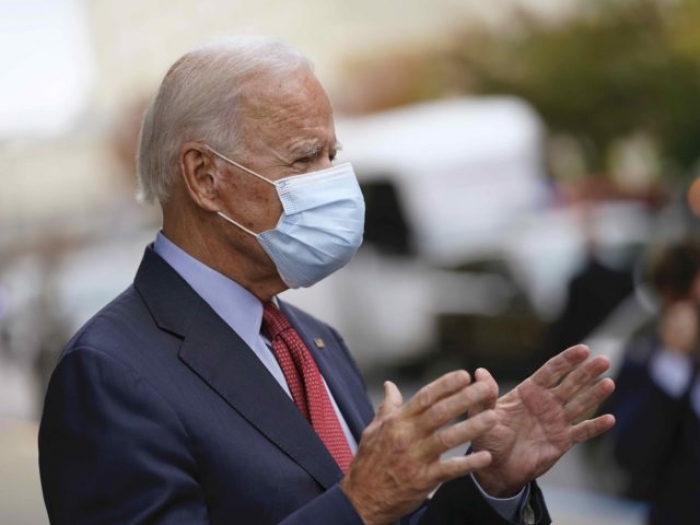 CLAIM: President Donald Trump said he wanted to negotiate lower Medicare drug prices but he “has not done it.”

Former Vice President Joe Biden attacked Trump on Wednesday afternoon over Medicare drug prices, falsely claiming that Trump had not done anything about the problem.

“Even the president — he’s continued to lie about it — acknowledged early on that he thought Medicare should be able to negotiate drug prices overall,”...

Read full story
Some content from this outlet may be limited or behind a paywall.
Healthcare, Facts and Fact Checking, 2020 election fact checking, Campaign Rhetoric, Donald Trump

HEADLINE ROUNDUP
US to Spend $3.2B on Developing Antiviral COVID-19 Pills

The U.S. government spent more than $18 billion last year funding drugmakers to make a Covid vaccine, an effort that led to at least five highly effective...

The two-shot COVID-19 vaccine made by Novavax is 90 percent effective against the disease, the company said today. The Novavax shots are a different...

The new Alzheimer’s drug that could break Medicare
ANALYSIS

Patients are desperate for hope. But there are serious concerns about Biogen’s new $56,000 treatment. Medicare, the federal health insurance program that...

Should I get a COVID-19 vaccination? Answering questions for vaccine skeptics
FACT CHECK

Lots of people still have questions about the COVID-19 vaccines. What’s in them? Who developed them? Do they have legal liability? Are they effective? These...

HHS to invest $3 billion for antiviral pills against COVID-19

The Biden administration will invest $3.2 billion to foster the development of antiviral pills to help fight against COVID-19, the Health and Human Services...

The Supreme Court on Thursday ruled against Texas and other Republican-led states seeking to strike down Obamacare in the law’s latest test before the nation’s...

US vaccine surplus grows by the day as expiration dates loom

In Tennessee and North Carolina, demand for the COVID-19 vaccine has slowed down so much that they have given millions of doses back to the federal government...

How Long Does Immunity From the COVID Vaccines Last?

If you’re fully vaccinated against COVID-19, you’ve probably breathed a sigh of relief. But how long can you expect that feeling to last? The CDC has yet to...

US will spend $3B to develop antiviral pills for COVID-19

The US will invest more than $3 billion to advance the development of antiviral pills for COVID-19 and other pathogens to prepare for future pandemics, Dr....

CBS Poll: 29 Percent of Republicans Will Not Get Vaccinated

Nearly 30% of Republicans say they are not planning to be vaccinated against COVID-19, according to a CBS News poll released Sunday. A CBS News-...

The Centers for Disease Control and Prevention’s COVID-19 vaccine advisory committee will attend an emergency meeting next week to discuss higher...

Did Fauci Send an Email Touting Hydroxychloroquine as a COVID Treatment?
FACT CHECK