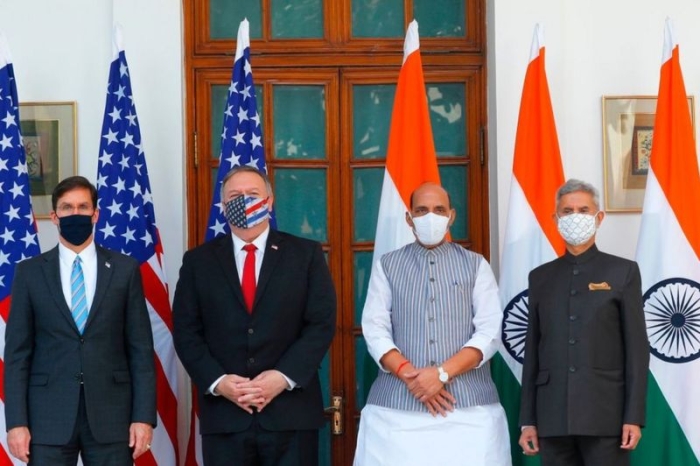 India and the US have signed a military agreement on sharing sensitive satellite data amid Delhi's tense border standoff with Beijing.

Access to such data is considered vital for hitting missiles, drones and other targets with precision.

The deal was announced after the annual "2+2" high-level talks in Delhi on Tuesday.

Experts say the strengthening of India-US ties is aimed at countering China's influence in the region.