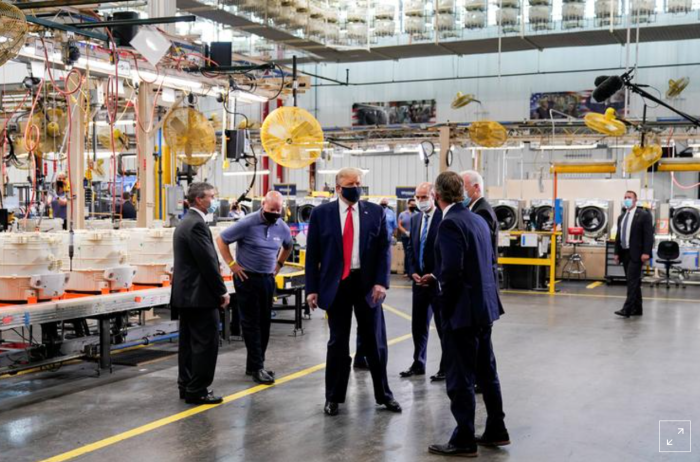 The voters of Monroe County, Michigan, may have expected an economic windfall when they flipped from supporting Democrat Barack Obama to help put Donald Trump in the White House in 2016.

Applications for U.S. state unemployment benefits fell by the most in almost two months, offering some hope that the gradual recovery in the job market will...

President-elect Joe Biden swung behind a bipartisan COVID-19 relief effort Wednesday and his top Capitol Hill allies cut their demands for a $2 trillion-plus...

A bipartisan coalition of senators hopes to break months of congressional stalemate and pass a coronavirus relief package—one with a lower price tag than what...

The collapse of America’s middle class crushed department stores. Amazon and the pandemic are the final blows. In a New Jersey suburb seven miles west of...

After facing criticism for the lack of diversity in his first round of hires, President-elect Joe Biden plans to announce three people of color for leading...

How drug companies will profit from making Covid-19 vaccines

The world has two, and possibly three, Covid-19 vaccines ready to be distributed before the end of the year. In several months, a significant part of the...

Contracts to buy U.S. previously owned homes fell for a second straight month in October as an acute shortage of properties pushed up prices, though the...

The number of Americans applying for unemployment benefits fell last week to a still-high 712,000, the latest sign that the U.S. economy and job market remain...