The 10 Senate seats most likely to flip, one week from Election Day 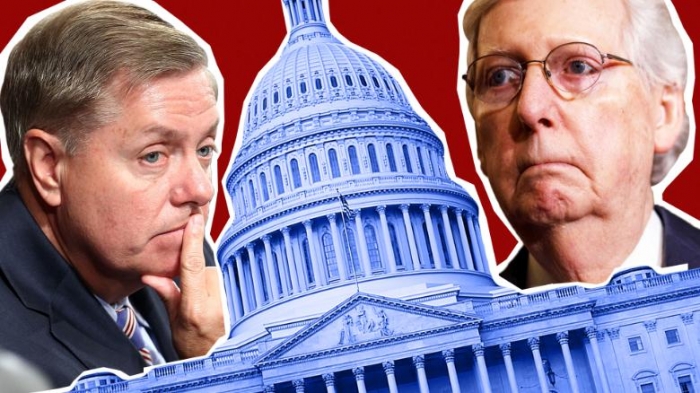 The Senate majority is firmly within Democrats' reach with just a week to go until Election Day.

That wasn't necessarily expected a year ago, but Democrats' improving fortunes have a lot do with President Donald Trump. Republicans breathed a sigh of relief after the second presidential debate last week, where they think the President at least didn't hurt himself. But Trump has been a consistent drag on down-ballot Republicans, and he's spurred Democrats to raise staggering sums of money.

Michigan’s attorney general is exploring whether officials there risk committing crimes if they bend to President Trump’s wishes in seeking to block the...

After a scathing court setback in Pennsylvania, President Donald Trump faces increased pressure from his fellow Republicans to drop his effort to overturn the...

After a scathing court setback in Pennsylvania, President Donald Trump faces increased pressure from his fellow Republicans to drop his effort to overturn the...

A Pennsylvania federal court on Saturday denied President Donald Trump's request to block certification of the state's 2020 election results in order to give...

The Republican National Committee and the Michigan Republican Party wrote to Michigan’s state board of canvassers on Saturday asking it to adjourn for 14 days...

President Donald Trump tweeted late Sunday night that "there were more votes than people who voted" in key swing states and insisted that he won the 2020...

Sidney Powell’s Status With the Trump Campaign Has Changed

The Trump campaign has released a statement about the status of former federal prosecutor Sidney Powell. “Sidney Powell is practicing law on her own. She is...

President Trump’s campaign announced Saturday that it has filed a petition demanding a recount in Georgia — a day after officials certified Joe Biden’s victory...

The Michigan Republican Party on Saturday urged the state’s election officials to postpone certification by adjourning for two weeks to allow for a “full audit...

Members of the Trump campaign’s legal team have made a series of claims about Dominion Voting Systems and alleged ties to Venezuela in their attempt to cast...