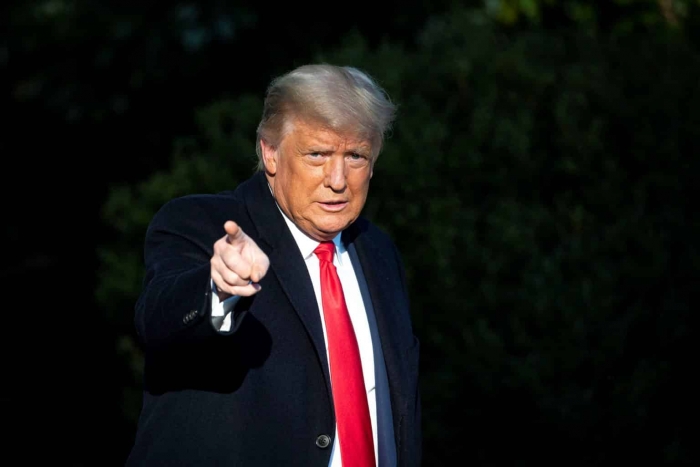 This marked the largest digital fundraising day in the campaign’s history.

The campaign raised 30% more and reactivated 20% more past donors than the last debates. October is Trump’s largest digital fundraising month.

“In the final days of 2016 we saw a surge in online donations which preceded a rise in public polling, leading directly to victory,” said Gary Coby, Trump 2020 digital director....

NEWS
Why Biden is crowdfunding his White House transition
Vox

NEWS
Trump Megadonor Sheldon Adelson Has Given At Least $180 Million This Year, Despite Troubles At His Company
Forbes

Why Biden is crowdfunding his White House transition
ANALYSIS

President-elect Joe Biden has begun crowdsourcing funds for his White House transition — sending out a call Friday for donations. Ordinarily, a presidential...

Joe Biden turned Georgia blue. Compared to what they’re up against now, that was the easy part for Democrats. To repeat Biden’s feat in a pair of Senate...

With President Trump refusing to acknowledge President-elect Joe Biden's victory and continuing to falsely declare himself as the winner of the White House,...

The Senate Leadership Fund, a super PAC associated with Senate Majority Leader Mitch McConnell, raised more than twice as much this September as it did two...

President Donald Trump’s reelection effort faces an onslaught of attack ads from well-funded groups run by disaffected Republicans. And one of the most...

Some very well-known Republicans are teaming up help raise money for the GOP candidates in Georgia’s twin Senate runoff elections, which will determine whether...

Joe Biden’s presidential campaign is well ahead in fundraising but it seems some of that money is going to “pre-fund” legal costs that could be associated with...