Alexandra Cousteau Wants To Restore The Oceans By 2050

Science, sustainability, Environment, Water and Oceans
Save for Later
From The Center 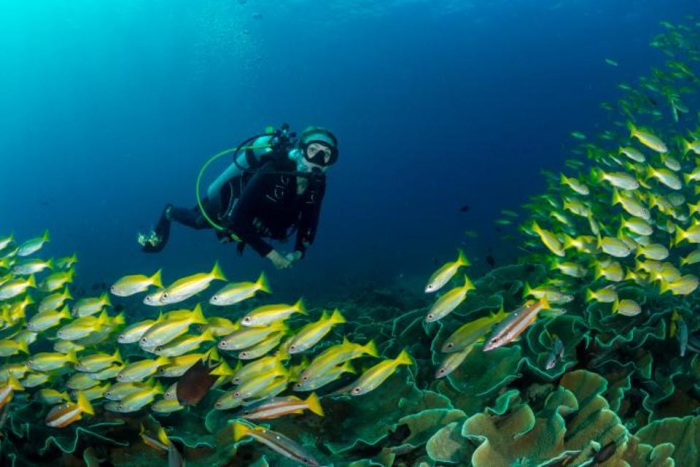 In 1968, The Undersea World of Jacques Cousteau aired on televisions around the world. However, by this time the abundance of large marine mammals in the world’s oceans was already much less than what it had been just 100 years earlier. Alexandra Cousteau, Jacques Cousteau’s granddaughter, was just a kid in the 1980s when the first campaigns to conserve and sustain marine life were launched. Yet in her lifetime the losses within our oceans have only continued.

Alexandra Cousteau now wants to shift this story of ocean loss into a tale of restoration. Instead of working to conserve and sustain the limited marine resources that remain, Alexandra Cousteau seeks a return to what the oceans looked like years ago. “I don’t think conserving what’s left is enough, and I don’t think sustainability is a word that is going to get us anywhere. It’s been co-opted,” she explains. “It’s a word that means everything and nothing.”

In her pursuit of restoring ocean abundance, Alexandra has set her sights on the year 2050. By then, Alexandra’s daughter will be about the same age that Alexandra is today. While Alexandra has seen massive declines in the world’s oceans in her lifetime, she hopes her daughter’s vantage point may be different by 2050. “Telling [my daughter] that the 50% we have left is what we are going to try to sustain, which is kind-of what conservation is about, felt terribly insufficient,” Alexandra explains.