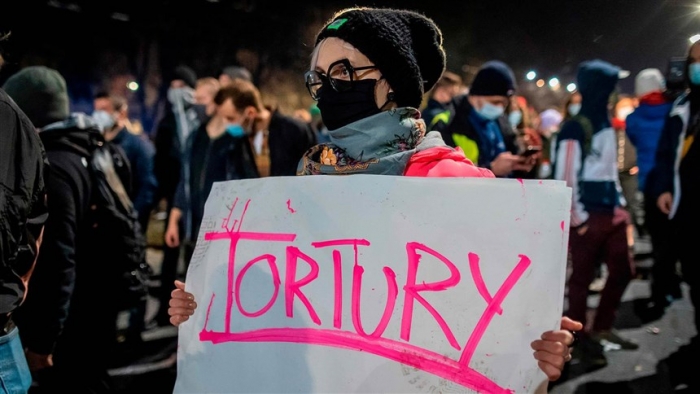 The United States on Thursday signed an anti-abortion declaration along with more than 30 countries representing over 1.6 billion people.

Overnight, women in Poland took to the streets to protest a clampdown on abortion rights in that country.

Secretary of State Mike Pompeo and Secretary of Health and Human Services Alex Azar took part in a virtual signing ceremony of the Geneva Consensus Declaration. Egypt, Uganda, Brazil, Hungary and Indonesia co-sponsored the pact along with the U.S. Thirty-two nations signed it.