Hunter Biden, NBC bias, fake news, Facts and Fact Checking, Media Bias
Save for Later
Add to My Front Page
From The Right 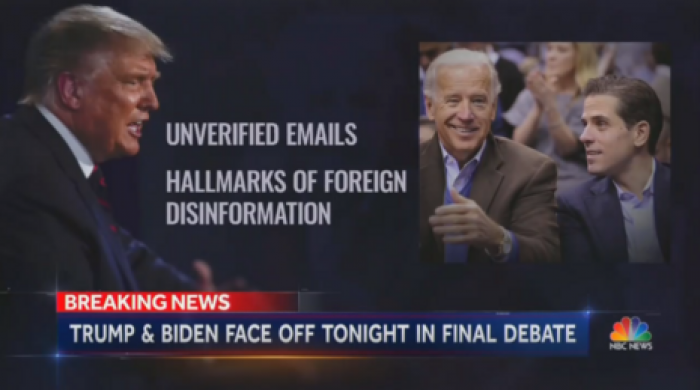 NBC chief White House correspondent Hallie Jackson was a grade-A fake news sprayer Thursday night, just before the debate as NBC Nightly News was the only evening newscast still desperately trying to defend Joe Biden for the Hunter Biden scandal laptop scandal. She continued to push the long-debunked claim that the emails were “unverified” and just “a foreign disinformation campaign,” the same day a former Hunter business associate came forward with new texts and confirmed the story.

NEWS
Facebook’s oversight board puts the power back in the platform’s hands to decide Trump’s fate. History tells us that’s dangerous.
Media Matters

Facebook’s oversight board puts the power back in the platform’s hands to decide Trump’s fate....
OPINION

The Facebook Oversight Board just announced its decision to uphold the suspension of former President Donald Trump in response to his actions on January 6. But...

CNN, Don Lemon and the Cancer of Identity Politics
OPINION

Hmmm. So over there at my old stomping grounds at CNN, my own former Pennsylvania United States Senator Rick Santorum and my former CNN colleague Don Lemon...