Russian, Chinese, and Iranian media are turning on Trump, an analysis of foreign news outlets suggests 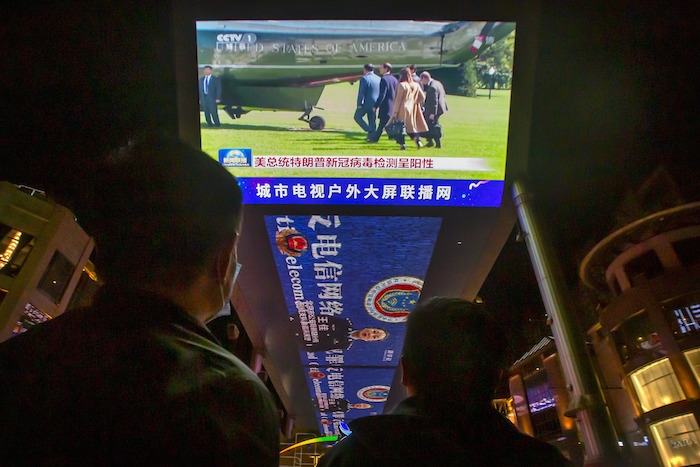 It can be easy to overlook how the rest of the world is making sense of America’s chaotic campaign season.

But in many cases, they’re paying attention just as closely as U.S. voters are. After all, who wins the U.S. presidency has implications for countries around the world.

Since Sept. 22, we’ve been using machine-learning algorithms to identify the predominant themes in foreign media coverage.

How different countries cover the race between Donald Trump and Joe Biden can shed some light on how foreign citizens discern the candidates and the...

Last week, as President Donald Trump was mounting more meritless court challenges to the election he had clearly lost, Orlando Hall was executed at the federal...

President Donald Trump announced in a tweet Wednesday that he has granted his first national security adviser, Michael Flynn, a "full pardon," wiping away the...

Why Trump's immigration legacy could take time to undo

When President Donald Trump won the election in 2016, he did so largely with the signature issue of immigration, and in the span of four years managed sweeping...

Can President Donald Trump wield the power of the pardon to protect himself? This is a question readers have asked us, so we asked legal scholars about a range...

On the world stage, many foreign policy experts say President Donald Trump has slashed and burned his way through international agreements and commitments on...

President Trump's decision to tell his administration to start the transition came as GOP criticism of his efforts to overturn the results of President-elect...

Donald Trump has accepted that a formal transition can begin for US President-elect Joe Biden to take office. The president said he was recommending a key...

Administrator Emily Murphy said she ignored threats to her family and herself in her decision The General Services Administration said they would formally...

U.S. General Services Administration chief Emily Murphy informed Joe Biden on Monday that her agency has formally ascertained him as the apparent winner of the...

President Donald Trump tweeted late Sunday night that "there were more votes than people who voted" in key swing states and insisted that he won the 2020...

President Trump’s message on the 2020 presidential campaign trail — focused on the defense of law enforcement and the working class, and against globalization...