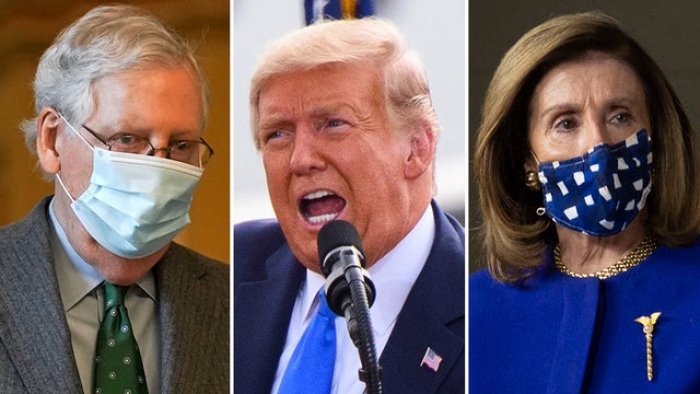 A chess match has emerged over a new round of COVID-19 relief, with multiple players arguing over timing as larger political implications shadow the talks.

President Trump, worried about sinking poll numbers, is urging Congress to move an enormous stimulus bill before next month’s election.

Senate Majority Leader Mitch McConnell (R-Ky.), wary of complicating efforts to seat Amy Coney Barrett on the Supreme Court, is resisting a vote on another multitrillion-dollar package before Nov. 3.

PERSPECTIVES BLOG
Humans are Ultra-Social: COVID-19 Is Emotionally Tough This Thanksgiving, Politics Aside

NEWS
How 9 governors are handling the next coronavirus wave
Politico

The pressing need to develop a safe and effective COVID-19 vaccine and make it available to everyone everywhere to bring an end to the ongoing coronavirus...

The Supreme Court signaled a major shift in its approach to coronavirus-related restrictions late Wednesday, voting 5-4 to bar New York state from reimposing...

Everything You Already Forgot About 2020
ANALYSIS

2020 has been the year that everything and nothing happened. As Coronavirus forcibly took the wheel, we put aside nearly all plans and instead steered...

Pandemic-weary Americans entered the holiday season on Friday under strong pressure from political leaders and health officials to stay home, avoid most...

More than 2,400 hospitals and related facilities have received their first doses of new drugs that are designed to keep mild to moderately ill COVID-19...

Covid: How do you vaccinate a billion people?
ANALYSIS

When it comes to vaccine making, India is a powerhouse. It runs a massive immunisation programme, makes 60% of the world's vaccines and is home to half a...

President-elect Joe Biden pleaded with Americans on Wednesday to take steps to remain safe over the Thanksgiving holiday as COVID-19 cases soar, while...

President-elect Joe Biden on Wednesday called on Americans not to gather with extended families for Thanksgiving, saying it was a “patriotic duty” to limit the...

Recently the New York Times published an in-depth report on the success of the public-private partnership to develop a coronavirus vaccine. The program, dubbed...