Biden’s tax plan could create a tax rate of as much 62% for New Yorkers and Californians, studies show 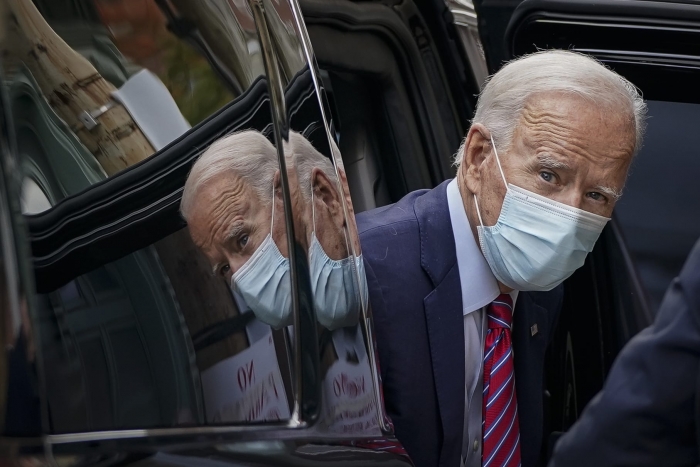 While Americans earning less than $400,000 would, on average, receive tax cuts under Biden’s plan, the highest earners would face double-digit increases in their official tax rates, according to nonpartisan analyses. In California, New Jersey and New York City, taxpayers earning more than $400,000 a year could face combined state and local statutory income tax rates of more than 60%.

President-elect Joseph R. Biden Jr., inheriting a collection of crises unlike any in generations, plans to open his administration with dozens of executive...

State capitals across the country are steeling themselves against possible attacks from violent pro-Trump mobs ahead of the presidential inauguration on Jan....

A Calmer America Starts at the Top
ANALYSIS

Because so many of us could use some words of optimism right now, here are mine: Joe Biden will make a difference. Things will be better. And sooner than you...

U.S. President-elect Joe Biden will cap a busy day of inauguration pageantry by using the powers of his new office to push policy changes on housing, student...

Joe Biden is calling on Congress to cancel $10,000 of student loans immediately. Here’s what you need to know. Student Loans: Biden is following through...

U.S. President-elect Joe Biden has chosen David Kessler, the ex-head of the Food and Drug Administration (FDA), to help lead the COVID-19 vaccine push, his...

President-elect Joe Biden is calling for a $1.9 trillion Covid-19 relief plan to help Americans weather the economic shock of the pandemic and pump more money...

President-elect Joe Biden is bracing for a busy first 10 days as the next commander in chief, according to his future White House chief of staff. Ron Klain...

President-elect Joe Biden signaled with his choice of Boston Mayor Marty Walsh as Labor secretary that he means to keep his promise to craft the most union-...