Bias of The Conversation 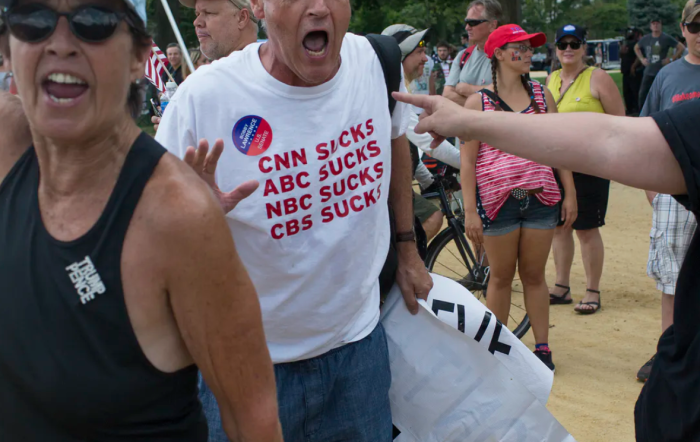 Charges of media bias – that “the media” are trying to brainwash Americans by feeding the public only one side of every issue – have become as common as the hope that the presidential race will end safely … and soon.

As a political scientist who has examined media coverage of the Trump presidency and campaigns, I can say that this is what social science research tells us about media bias.

First, media bias is in the eye of the beholder.

Communications scholars have found that if you ask people...

In the years-long competition among Fox employees to demonstrate the most obsequiousness to President Trump, it seemed unlikely that anyone might be able to...

The Washington Post made the questionable decision on Tuesday to run a full-page ad from a private citizen who argued that the 2020 presidential election was...

An English-language newspaper run by the Chinese Communist Party has in recent months funneled millions of dollars in printing and advertising expenses to...

Why should Trump supporters get media coverage that other groups of voters don’t?
ANALYSIS

After “reckoning with racism,” the L.A. Times’ ed board dedicates an entire page to Trump voters. We need to understand Trump voters — at least according to...

The Chinese Communist Party (CCP) is spending millions on ad space to spread pro-China messages across the United States. The U.S. Department of Justice...

Just build your own platform, but wait, not like that! Liberal media and commentators condemn conservatives for abandoning censorious Big Tech platforms for...