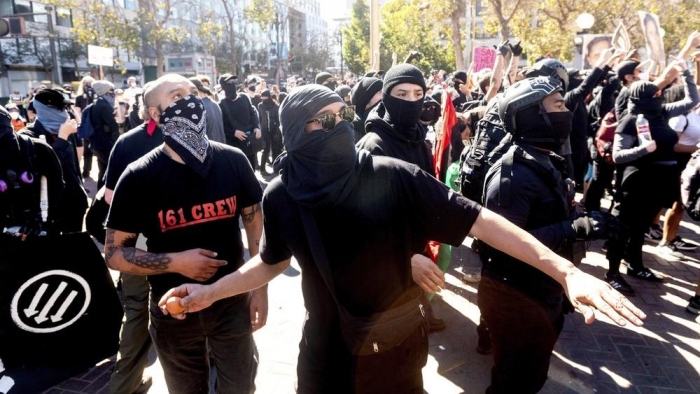 Members of Team Save America organized the event at the United Nations Plaza to protest against Twitter, which they say suppresses free speech. But, the rally was canceled shortly after it started at 1:00 p.m. One of the organizers, Phillip Anderson, lost a tooth after he was punched in the mouth by a counter-protester.

PERSPECTIVES BLOG
When Democracy Could Break

NEWS
Parler CEO: 'Not against the law' to express 'crazy' opinions
The Hill