China Warns U.S. It May Detain Americans in Response to Prosecutions of Chinese Scholars 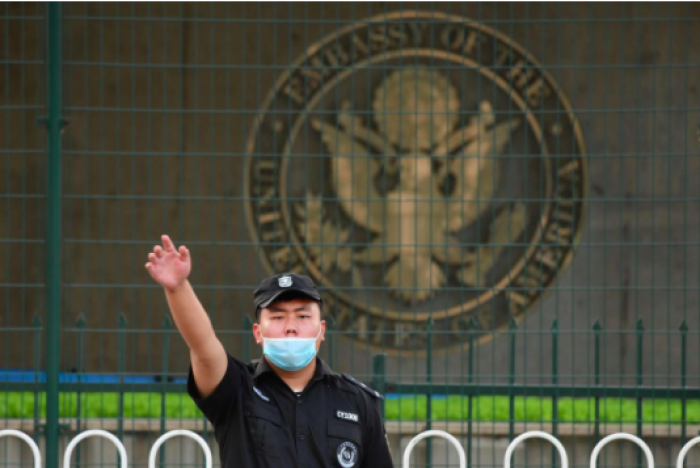 Chinese government officials are warning their American counterparts they may detain U.S. nationals in China in response to the Justice Department’s prosecution of Chinese military-affiliated scholars, according to people familiar with the matter.

The Chinese officials have issued the warnings to U.S. government representatives repeatedly and through multiple channels, the people said, including through the U.S. Embassy in Beijing.

Earlier this month, Royal Dutch Shell Plc pulled the plug on its Convent refinery in Louisiana. Unlike many oil refineries shut in recent years, Convent was...

Trump blocks US investment in firms linked to Chinese military

United States President Donald Trump has signed an executive order banning US investments in Chinese firms Washington claims are owned or controlled by the...

Members of the United States Marines have officially begun a training operation in Taiwan to help boost its military's combat readiness, the island's navy...

How The Epoch Times Created a Giant Influence Machine
ANALYSIS

For years, The Epoch Times was a small, low-budget newspaper with an anti-China slant that was handed out free on New York street corners. But in 2016 and 2017...

President Donald Trump’s compulsion to accuse others of what he himself stands accused of continues unabated in the 2020 race, with Trump trying to tar Joe...

An English-language newspaper run by the Chinese Communist Party has in recent months funneled millions of dollars in printing and advertising expenses to...

The largest free trade area in the world came into existence over the weekend — and the U.S. was not even invited. Why it matters: For the first time in...

TikTok’s parent company ByteDance has asked a federal appeals court to vacate the Trump administration’s order asking it to divest its operations in the U.S.,...

The Chinese Communist Party’s public statistics for COVID-19 deaths may be less than half of the true number, according to leaked documents obtained by CNN...

The Chinese Communist Party (CCP) is spending millions on ad space to spread pro-China messages across the United States. The U.S. Department of Justice...

Twitter on Tuesday rejected Canberra’s calls to remove a Beijing official’s gruesome tweet targeting Australian troops, choosing instead to stand with the...

Give Everyone a Barcode? China Trying to Use COVID Fears to Launch Global Tracking System for Humans

China's communist leader Xi Jinping is calling for countries across the world to accept a global COVID-19 tracking system that uses QR codes in an attempt to...