More Californians Own Guns than Ever Before 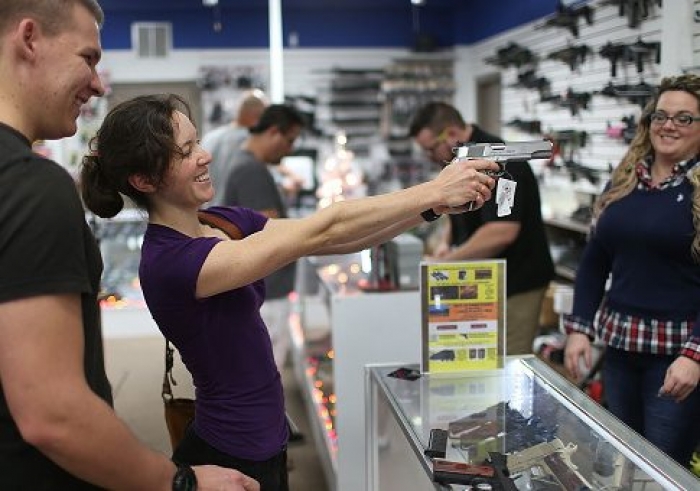 According to a new study, Californians have bought guns at a record pace, many for the first time, despite recent gun-store shutdowns.

The study, which a group of researchers at the University of California released in October, found that pandemic-caused uncertainty has led to increased demand for firearms in the deep blue state.

First-time owners accounted for 47,000 of the 110,000 people who bought a gun during the onset of the pandemic, the study concluded.

The study also identified several motivations, including initial gun-store lockdowns, for those buyers.

PERSPECTIVES BLOG
Story of the Week: $600 Or $2,000? Stimulus Checks Debated As Payments Begin

The National Rifle Association said Friday that it has filed for bankruptcy and is moving to Texas, where the organization says it has 400,000 members. The NRA...

Militias Are Getting Fired Up About Gun Control Under Biden

The looming specter of gun control is once again becoming a rallying cry among America’s self-styled “militias,” which are drumming up paranoia about a...

A man has been shot dead by police after opening fire from the steps of New York City’s Cathedral Church of St John the Divine just after an outdoor choir...

After years of denying allegations of lax financial oversight, the National Rifle Association has made a stunning declaration in a new tax filing: Current and...

Kyle Rittenhouse, the teenager who shot and killed two people during a protest in Kenosha, Wisconsin, this summer has been released from jail after posting a $...

The National Rifle Association on Friday filed for bankruptcy, a sudden development that could help the gun rights group escape a lawsuit by New York’s...

'They're not forgotten': America's other epidemic killed 41,000 people this year

In a downtown plaza typically filled with the smell of bratwurst and shoppers bustling among Christmas stalls, a different kind of tree illuminates the solemn...

WASHINGTON, D.C. -- In the absence of a high-profile mass shooting in the U.S. in 2020 and amid the coronavirus pandemic, civil unrest related to racial...

The National Rifle Association has filed for bankruptcy, and plans to ditch what CEO Wayne LaPierre described as “the toxic political environment of New York”...

Joe Biden will enter the White House this month at the head of a political party that in recent years has been overtly hostile to self-defense rights, even to...

Rep. Boebert Defends Right to Keep Her Gun With Her in DC

New Rep. Lauren Boebert Tuesday defended her right to keep her Glock handgun with her on the streets on Washington, D.C., and to bring it to work with her at...

Under pressure from dozens of congressmen, the Bureau of Alcohol, Tobacco, Firearms and Explosives withdrew guidance on a proposed regulation that gun industry...