Trump Campaign Rakes in $135 Million Less Than Biden in September

Donald Trump, Joe Biden, 2020 Election, Campaign Finance
Save for Later
From The Center 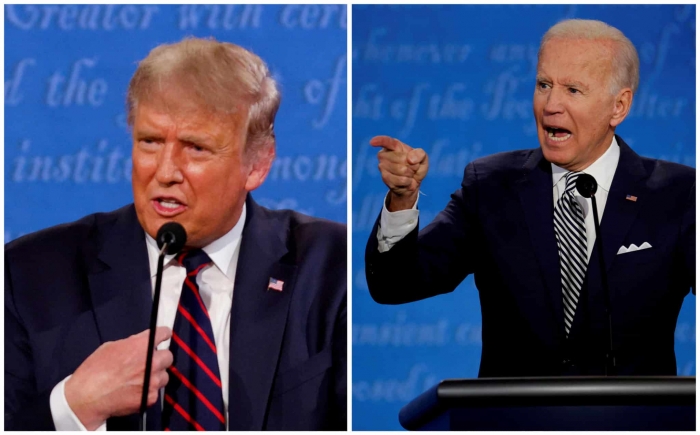 Tim Murtaugh, director of communications for the Trump campaign, took to Twitter to announce Trump’s fundraising numbers for September.

Read full story
Some content from this outlet may be limited or behind a paywall.
Donald Trump, Joe Biden, 2020 Election, Campaign Finance

The FBI is investigating controversial Postmaster General Louis DeJoy over campaign contributions connected to his former business, his spokesperson confirmed...

'A nicer version of Trump': GOP donors flock to DeSantis

One evening in February, Ron DeSantis quietly slipped into the luxurious Charleston Place Hotel in South Carolina. Over dinner, the Florida governor...

President Biden is getting some unlikely backing for his Afghanistan troop withdrawal from a longtime nemesis: the Koch political network. Driving the news...

Democratic Gov. Gretchen Whitmer of Michigan is being sued by a conservative group that has alleged Whitmer broke campaign finance laws by accepting massive...

California Governor Gavin Newsom, who is facing a recall election in two months, has drawn far more support from billionaire donors than any of his opponents...

An Arizona judge on Wednesday questioned the claim that the public does not have the right to know who is funding the audit of the Maricopa County...

The Republican online fundraising conduit WinRed is filing a complaint in United States District Court requesting legal relief from an inquiry into its...

The House Republican fundraising arm outraised its Democratic counterpart in May, according to figures shared by the organizations. The National Republican...