Environment, Disaster, California
Save for Later
From The Left 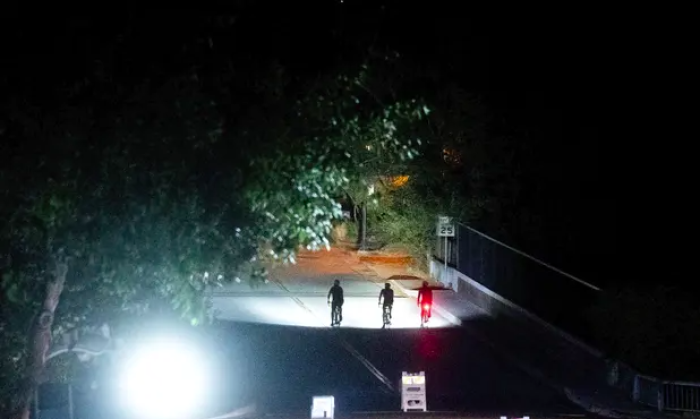 Thousands of people in northern California were without power on Thursday amid an autumn heatwave that brought another round of extreme wildfire danger.

The utility company Pacific Gas & Electric (PG&E) began shutting off power on Wednesday evening to about 50,000 customers – about 100,000 people – in portions of 24 counties, mainly in the Sierra Nevada foothills and the San Francisco Bay Area. Another 20,000 people were expected to lose power later on Thursday.