The Reawakening of the Black Gun-Rights Movement

ethnicity and heritage, History, black Americans, US Constitution, Second Amendment, Gun Control and Gun Rights
Save for Later
Add to My Front Page
From The Right 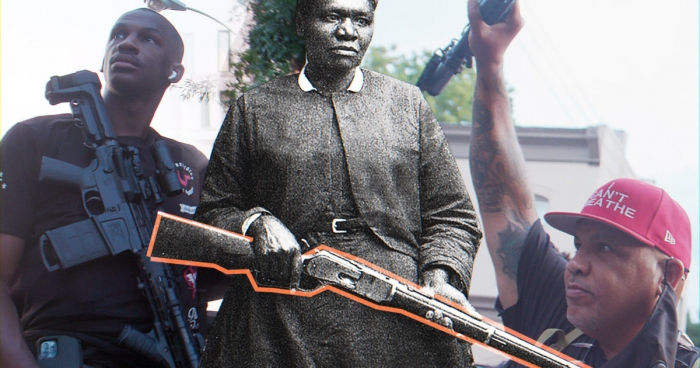 When Second Amendment activist Brent Holmes started showing up at police brutality protests in Richmond, Virginia, over the summer while carrying an assault rifle across his chest, passersby would cheer him on.

Holmes, who also wears a red baseball cap with the words "I CAN'T BREATHE" embroidered across the front, is part of a community of black gun-rights activists who have been showing up armed to protests in several American cities.

Read full story
Some content from this outlet may be limited or behind a paywall.
ethnicity and heritage, History, black Americans, US Constitution, Second Amendment, Gun Control and Gun Rights

Lara Trump appeared on Fox News late Saturday and stoked fears about immigrants crossing the southern border before urging residents there to “arm up and get...

State legislators across the country are working to weaken the enforcement of federal gun laws by emulating immigration activists. As President Joe Biden...