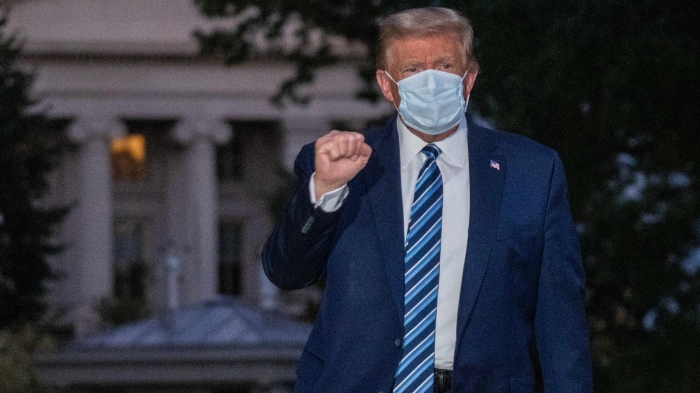 Less than a month before the election, President Donald Trump is pinning his hopes to yet another wild conspiracy theory. With the help of congressional Republicans, right-wing media, and his top intelligence official, Trump is falsely claiming that Hillary Clinton and her fellow Democrats fabricated the entire Trump-Russia scandal in 2016.