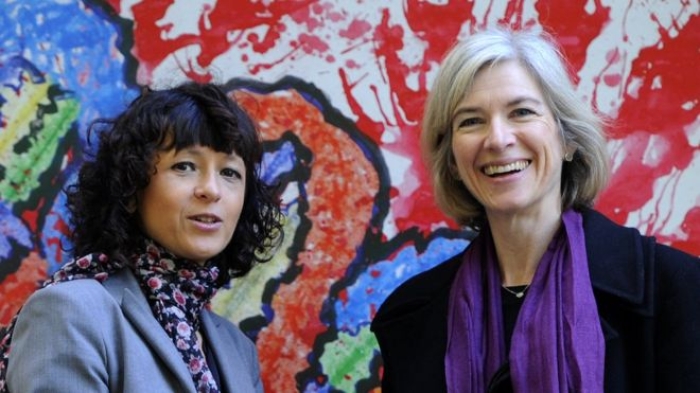 Two scientists have been awarded the 2020 Nobel Prize in Chemistry for developing the tools to edit DNA.

Emmanuelle Charpentier and Jennifer Doudna are the first two women to share the prize, which honours their work on the technology of genome editing.

Their discovery, known as Crispr-Cas9 "genetic scissors", is a way of making specific and precise changes to the DNA contained in living cells.

Biological chemist Pernilla Wittung-Stafshede, commented: "The ability to cut DNA where you want...

The Enraging Deja Vu of a Third Coronavirus Wave
ANALYSIS

There’s a joke I’ve seen circulating online, over and over during this pandemic, that goes along the lines of, “Months this year: January, February, March,...

Climate Change Will Make Parts of the U.S. Uninhabitable. Americans Are Still Moving There.

Over the past year, the advent of a professional economy powered by people working from home has quickened the conversation about where to live, particularly...

Dear Mr. President-elect, In the last four years, federally funded science agencies were unmade and remade. They were given new marching orders. The mandate...

Our need for credible science has never been more urgent. An extraordinary pandemic grips the world, racial tensions are surging, and political polarization is...

What eating a big meal does to your body

I am pretty confident that I can predict how I am going to feel after a big meal: snoozy, sluggish and definitely full. But by lunchtime the next day I am sure...

'Past a point of no return': Reducing greenhouse gas emissions to zero still won't...

Even if human-caused greenhouse gas emissions can be reduced to zero, global temperatures may continue to rise for centuries afterward, according to a...

When scientific journals take sides during an election, the public’s trust in science takes a hit
ANALYSIS

When the scientific establishment gets involved in partisan politics, it decreases people’s trust in science, especially among conservatives, according to our...

A COVID-19 vaccine was not ready before the general election, as many people, including the president, had hoped. But there are promising signs that one may be...

The technologies that could transform ageing

At the start of the summer, Paula Tinkler was ready to take her career in a new direction. This may not be unusual – but the speed with which she was able to...

Dissent is not a personality disorder
OPINION

In the (first) year of Covid, the line between science and politics has become dangerously blurred. Early on in the course of the pandemic, ‘following the...

NASA astronaut will vote in 2020 presidential election from space

Her vote will be out of this world. NASA astronaut Kate Rubins plans to cast her vote for the 2020 presidential election on the International Space Station...

Does Anthony Fauci Own ‘Half the Patent’ for Moderna’s COVID Vaccine?
FACT CHECK

In a recent debate with Alan Dershowitz, Robert Kennedy Jr. claimed that Dr. Anthony Fauci holds a patent for one of the drugs in vaccine trials for...