FBI, russia investigation, 2016 Election, collusion, Corruption, CIA
Save for Later
From The Right 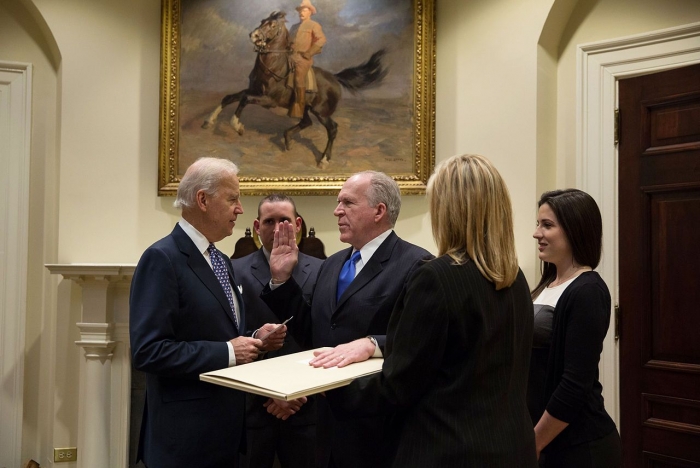 Newly declassified handwritten notes from former CIA Director John Brennan show that the U.S. intelligence community knew in 2016 that Russian intelligence was actively monitoring, and potentially injecting disinformation into, Clinton’s anti-Trump collusion narrative. The intelligence concerning Russia’s knowledge of Clinton’s campaign plans was so concerning to Brennan and other national security officials that they personally informed Obama of the matter in the Oval Office in the summer of 2016. The handwritten notes from Brennan were declassified by Director of National Intelligence (DNI) John Ratcliffe and provided to Congress on Tuesday afternoon.