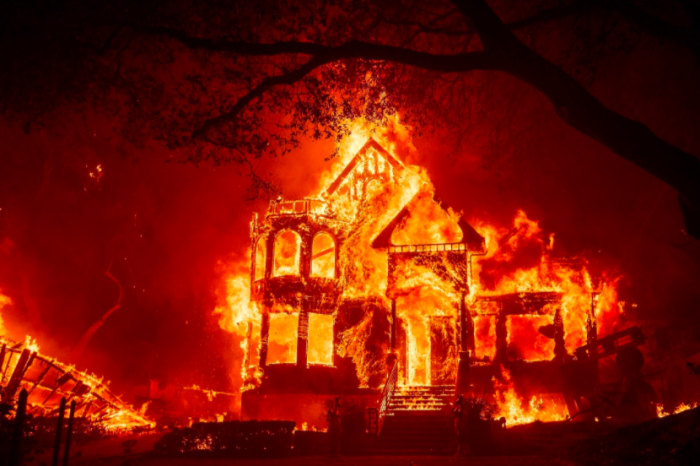 The new mark for the August Complex in the Coast Range between San Francisco and the Oregon border came a day after the total area of land burned by California wildfires this year passed 4 million acres, more than double the previous record.

The pressing need to develop a safe and effective COVID-19 vaccine and make it available to everyone everywhere to bring an end to the ongoing coronavirus...

The latest sign that Joe Biden plans to make tackling climate change a priority is his choice for chief climate diplomat. The president-elect is tapping...

Two Silicon Valley tech veterans are backing a food revolution as climate change and the coronavirus pandemic draw billions of dollars of investment into...

The "war on nature"
ANALYSIS

Apocalyptic weather is the new normal because humans are "waging war on nature," the UN declared on Wednesday. What they're saying: "The state of the planet...

After more than a decade, Indigenous American activists are prepared to take their last stand after The Guardian reported the Trump administration had pushed...

President-elect Joe Biden is vetting three environmental justice leaders to head up the White House agency that will take the lead in coordinating efforts to...

‘All in’ climate diplomacy: How a Biden-Harris administration can leverage city, state, business,...
ANALYSIS

As the U.S. federal government reengages with international climate policy, it should not retire the groundswell of city, state, business, and community...

Here we are in the midst of a once-in-a-half-century pandemic, with the economy flattened, millions of people unemployed, and unrest on the streets of our...

President Trump railed against the Paris climate accord on Sunday, telling world leaders at a virtual summit that the agreement was designed to cripple the U.S...

Large U.S. banks can’t restrict specific industries from access to lending and other financial services, the Office of the Comptroller of the Currency said in...

Republican politicians are “getting more sensitive” to the issue of climate change as they’ve been educated on it in past few years, and they’re keen to engage...

Why fracking is in Trump’s closing argument
ANALYSIS

One of President Trump’s big closing arguments is all about fracking, and there’s a good reason why: He thinks it can deliver him the voters he needs to win...