Why Can’t He Just Say It? 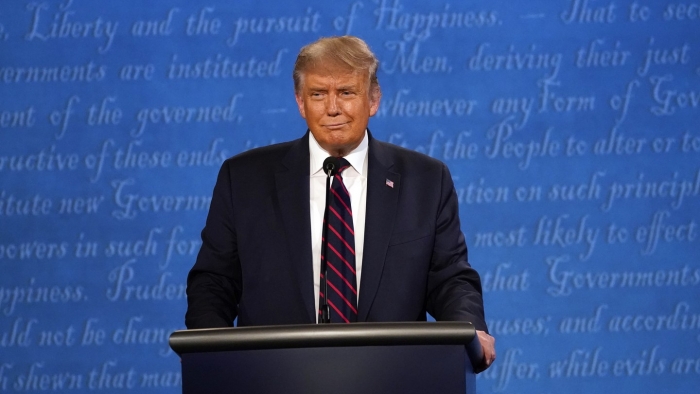 “Are you willing, tonight, to condemn white supremacists and militia groups and to say they need to stand down?”

The president shrugged his left shoulder. “Sure, I’m willing to do that. But I would say almost everything I see is from the left wing, not from the right wing.” Trump continued to say words, and to say nothing. “I’m willing to do anything. I want to see peace.”

Wallace pressed the question. “Well, then, do it, sir.” Former Vice...

One hallmark of the Trump era is that incidents of terrorism are not followed by the traditional calls for national unity but often deepen the partisan divide...

Teen gunman Kyle Rittenhouse will not face charges in his home state of Illinois over the AR-15-style rifle used during the deadly Kenosha protests in...