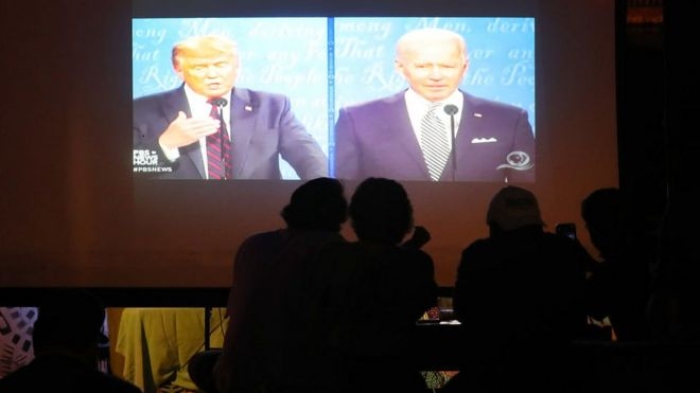 The commission that oversees US presidential debates says it will change the format to ensure the remaining two encounters between Donald Trump and Joe Biden are more orderly.

One new measure could be to cut the microphones if the candidates try to interrupt each other, US media report.

The announcement follows Tuesday's ill-tempered debate that descended into squabbling, bickering and insults.

The tone and tactics of the first presidential debate were criticised across the US and around the world.

NEWS
All Signs Point To One Thing: We’re Reliving The 2016 Election
The Federalist

Democrat Joe Biden enters the second and final debate with a substantial lead in the polls over President Donald Trump, even after signs of modest tightening...

President Donald Trump and Democratic presidential nominee Joe Biden are competing for voters in battleground states that will likely sway the November...

Are polls of the presidential race reliable this time?

Polls on the 2020 presidential race paint a clear picture: Joe Biden holds a significant lead, and Donald Trump’s chances of winning reelection are slim. Given...

All Signs Point To One Thing: We’re Reliving The 2016 Election
OPINION

A Democrat National Committee-engineered nomination. A press that dismisses serious questions as conspiracies, and Republicans as racists. A campaign...

With November 2020 looming, Americans look forward to the end of a seemingly permanent election campaign and perhaps some reduction in the raging fever of...

2020 Polls In Battleground States Nearly Identical To 2016, According To RCP