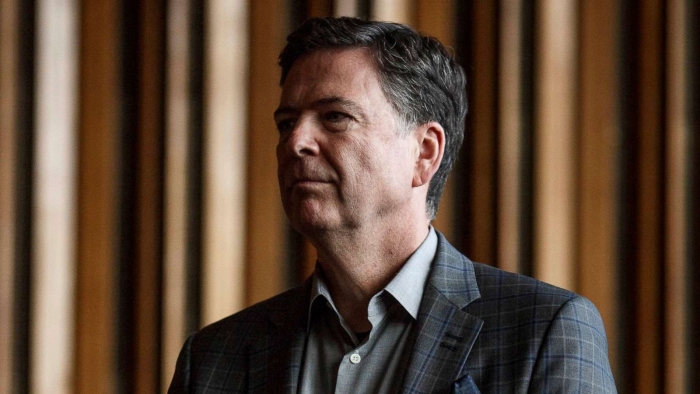 Former FBI Director James Comey in a Senate hearing Wednesday sought to defend the bureau's efforts to investigate President Donald Trump and his 2016 campaign's ties to Russia, amid attacks from Republican senators looking to tie him directly to some of the investigation's missteps.

"In the main, it was done by the book, it was appropriate and it was essential that it be done," Comey said, while acknowledging there "were parts of it that were concerning."

Go ad-free! Support AllSides.
About these ads
More news about US Senate
https://abcnews.go.com/Politics/comey-defends-russia-investigation-essential-testimony-senate-panel/story

The 10 Senate seats most likely to flip, one week from Election Day
ANALYSIS

The Senate majority is firmly within Democrats' reach with just a week to go until Election Day. That wasn't necessarily expected a year ago, but Democrats...

US Senate elections: the key races that will determine power in Washington

The Democrats face a tough challenge to reclaim control of the Senate, up against the Republicans’ 53-47 majority. With 35 seats up for re-election it will...

A guide to 2020′s most important Senate races
ANALYSIS

Whether Donald Trump or Joe Biden gets sworn in as president in January, the composition of the Senate will shape what they can accomplish. Republicans and...

CNN and MSNBC did not air Monday night’s Senate confirmation vote for Amy Coney Barrett, a historic moment making her only the fifth woman to sit on the...

Republican Senators Susan Collins and Lisa Murkowski voted against going into an executive session to consider the confirmation of Amy Coney Barrett Friday...