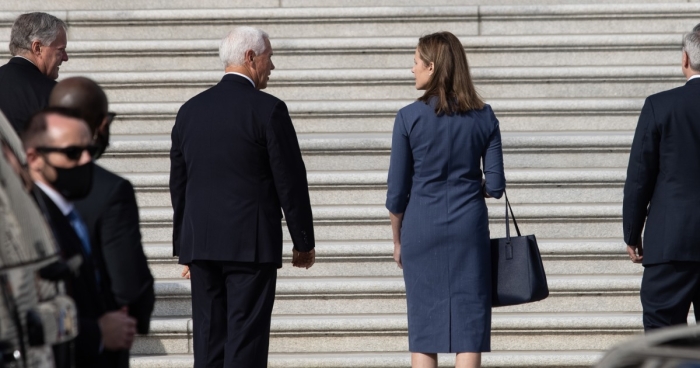 Graham, a South Carolina Republican, plans to begin Barrett’s confirmation hearing on Oct. 12 and said the panel will vote to advance her nomination to the floor on Oct. 22.

McConnell, a Kentucky Republican, told reporters in the Capitol that senators “are glad to have her...

Read full story
Some content from this outlet may be limited or behind a paywall.
Amy Coney Barrett, Mitch McConnell, Ruth Bader Ginsburg, US Senate, Supreme Court