Bring Civics Back to the Classroom 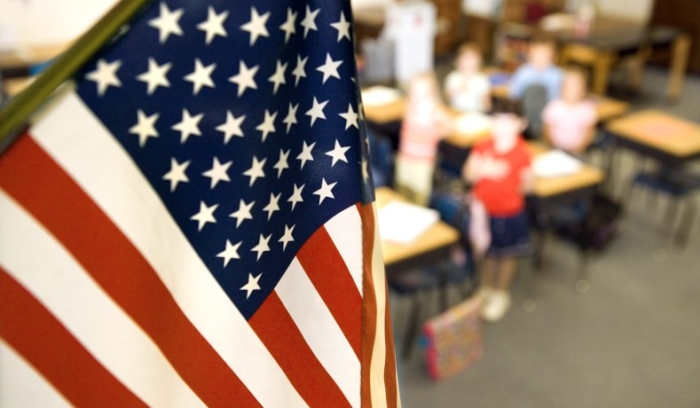 Decades of neglected civics education have resulted in widespread ignorance of America’s history and founding principles.

Margaret Thatcher once said, “European nations were made by history. The United States was made by philosophy. Unique among all nations, the United States knows precisely when and exactly why it was founded.”

Today, that may be changing. Survey after survey shows that Americans have a dismally poor understanding of the founding principles underpinning our nation.

Only one in four Americans can name all three branches of government. Seventy percent don’t know that the...

Nearly two months into the school year, Illinois public health officials said they have verified COVID-19 outbreaks in at least 44 school buildings across the...

The Students Left Behind by Remote Learning
ANALYSIS

Shemar, a 12-year-old from East Baltimore, is good at math, and Karen Ngosso, his fourth grade math teacher at Abbottston Elementary School, is one reason why...

President Donald Trump on Thursday denounced school curricula that emphasize the impact of slavery and racism on American history and blamed “left-wing...

Covid on campus: Students fed up with being blamed for virus spike

Covid cases have surged at US colleges and universities, with students often blamed for contributing to the spread. What do young people think of the pandemic...

In the early 2010s, Jon Valant, a senior fellow at the Brookings Institution’s Brown Center on Education Policy, began researching Americans’ perception of the...

President Trump and Joe Biden disagree on how much of $1.5 trillion in federal student debt owed by 43 million Americans should be forgiven—and how to finance...

Professors and historians call for withdrawal of ‘1619 Project’ Pulitzer Prize

An open letter released Tuesday is calling on the Pulitzer Prize Board to revoke its 2020 award for commentary to Nikole Hannah-Jones for her contributions to...

How the SAT Failed America

Chaos. That's the effect COVID-19 has had on America’s system of higher education, which was already struggling before the pandemic. One need look no further...

Teachers Unions and the Myth of ‘Public’ Schools
ANALYSIS

When all is said and done, the pandemic ought to have robbed the idea of “public education” of all its rhetorical currency. American taxpayers have been...

Conservatives Shouldn’t Give Up On Academia
ANALYSIS

Academia continues its leftward shift at a rapid clip, as more schools move to remote learning. A professor at Marshall University was placed on leave after...

The Fight for Free Speech
OPINION

The violence, looting, and mayhem that this nation has seen over the last several months has much of its roots in academia, where leftist faculty teach...

Public schools across the country have endorsed the Black Lives Matter movement and encouraged teachers, students, and parents to do the same, with some...