With Warnings Of Socialism, Trump Seeks To Boost Support Among Young Florida Latinos 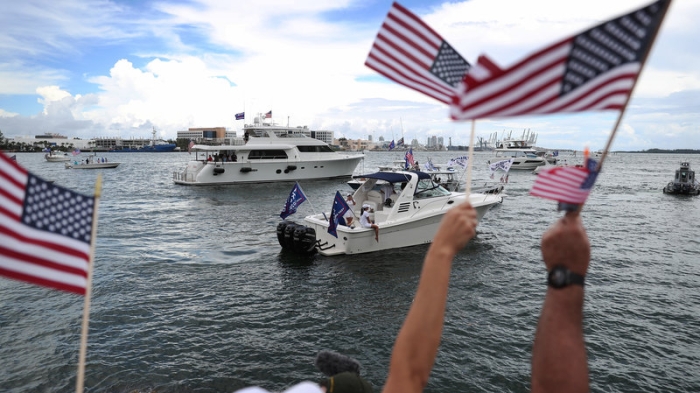 Miguel Arango had just turned 18 when he voted for Barack Obama in 2012.

Four years later, he was a passionate supporter of Bernie Sanders, but opted for a third-party candidate in the 2016 general election.

"I was not going to vote for Trump either," he said. "I thought all these things about him — that he was this, he was that. And slowly it started transitioning."

Arango says that transition involved patriotic music that he and his brother, Federico, play together. The Colombian Americans lead a group called Voices...

The Pennsylvania Supreme Court ruled unanimously Friday that mail ballots and applications can't be challenged or rejected for signatures mismatches. The court...

Is the Democratic Party heading straight into a looming midterm disaster?
OPINION

12 years ago, I shed tears of joy on election night. I never thought I’d see a Black person elected president – but there he was. Barack Obama, the newly...

Almost every morning, half a dozen men meet for coffee at Max’s Deli, a diner that shares a wall with an auto supply shop, to talk politics. Some live “up the...

Conservatives are again facing a presidential election encumbered by an unsatisfactory candidate and an alternative that is unacceptable. President Trump’s...

Pressure builds for NBC's Kristen Welker to address Hunter Biden at debate: ‘This is a moment...

The pressure is building for NBC News’ Kristen Welker to address the ongoing scandal surrounding a laptop purportedly belonging to Hunter Biden and containing...