Will Supreme Court fight help or hurt Trump with women? Likely both. 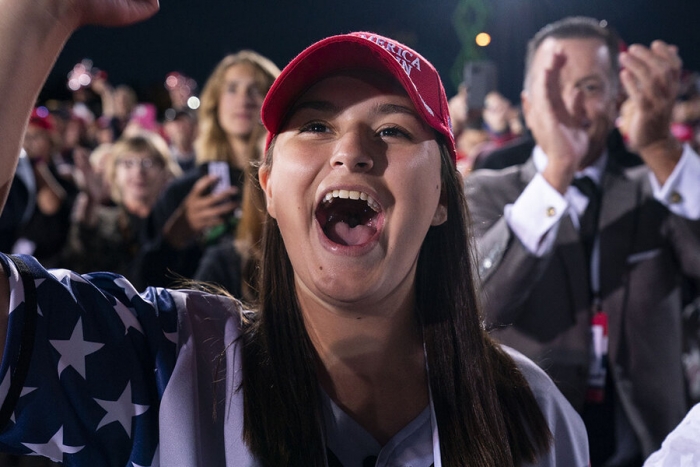 President Trump may get a lift among some conservative women uneasy with his personal style – but could also lose abortion-rights supporters who voted for him in 2016. Either way, a massive partisan gender gap is likely to persist.

President Donald Trump knows he has a woman problem.

It was evident during last month’s Republican National Convention, when female speaker after female speaker presented a caring and empathetic picture of the president, in contrast to his public persona and policies that have alienated some women.

Democrat Joe Biden enters the second and final debate with a substantial lead in the polls over President Donald Trump, even after signs of modest tightening...

The Pennsylvania Supreme Court ruled unanimously Friday that mail ballots and applications can't be challenged or rejected for signatures mismatches. The court...

Almost every morning, half a dozen men meet for coffee at Max’s Deli, a diner that shares a wall with an auto supply shop, to talk politics. Some live “up the...

Conservatives are again facing a presidential election encumbered by an unsatisfactory candidate and an alternative that is unacceptable. President Trump’s...

Pressure builds for NBC's Kristen Welker to address Hunter Biden at debate: ‘This is a moment...

The pressure is building for NBC News’ Kristen Welker to address the ongoing scandal surrounding a laptop purportedly belonging to Hunter Biden and containing...