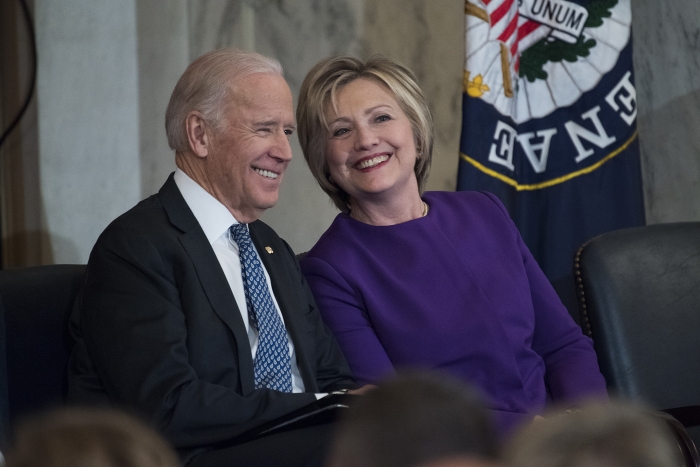 Clinton, who lost to President Trump due to narrow Rust Belt defeats, will headline the public event Thursday at 7 pm.

“Women for Biden will host a national training on resiliency in the face of multiple national crises and the recent loss of Supreme Court Justice Ruth Bader Ginsburg,” the Biden campaign said.

PERSPECTIVES BLOG
It's Time to Think About a Third Party

NEWS
Why Democrats won in Georgia
Yahoo! The 360

NEWS
AOC: Nancy Pelosi Needs To Go, but There’s Nobody To Replace Her Yet
The Intercept

AOC: Nancy Pelosi Needs To Go, but There’s Nobody To Replace Her Yet

A vast multiracial coalition swept Joe Biden to victory in Georgia last month, with all racial groups turning out in record numbers, making Biden the first...

Heading into the November election, Texas Democrats sounded more bullish than they had in decades, and it wasn’t because of Joe Biden. A burgeoning partisan...

Emotionally and politically, 2008 stands as a high-water mark for many American liberals—a year that brought both electoral triumph and national renewal as...

Three US lawmakers have tested positive for the coronavirus after sheltering for hours with colleagues during last week's deadly assault on the Capitol....

Will The Debate Over $2,000 Stimulus Checks Help Democrats In Georgia?
ANALYSIS

Congressional Democrats are pushing to give most Americans $2,000 stimulus checks, arguing that this is a fast and direct way to help millions of Americans as...

Why The Suburbs Have Shifted Blue
ANALYSIS

President Trump spent the last few months of the presidential campaign appealing to — and sometimes even pleading with — suburban voters. At a rally in...

These are among the darkest days of American democracy. With nearly airtight totalitarian uniformity, the American media robotically repeat that there is no...

The old saying "Revenge is a dish best served cold" is understood to mean it is better to deliver retribution for a perceived or actual injustice after time...

The third Democrat on the ticket in Georgia: Political future for Stacey Abrams hinges on runoff...

Stacey Abrams isn't running for either Georgia Senate seat being decided Tuesday, but she might have more riding on the outcome than anyone other than the...

Populist provocateur Charlie Kirk claimed in a recent tweet that in “The last 3 presidential elections where a Republican won the White House, Democrats in...

Not the Onion: Democrat Ends Prayer With 'Amen. ... and A-Woman'
OPINION

On Sunday, a Democratic representative — who also happens to have been a pastor for 37 years — gave an official prayer to open the 117th Congress. With great...