Americans give the U.S. low marks for its handling of COVID-19, and so do people in other countries

World, Life during covid-19, coronavirus
Save for Later
From The Center 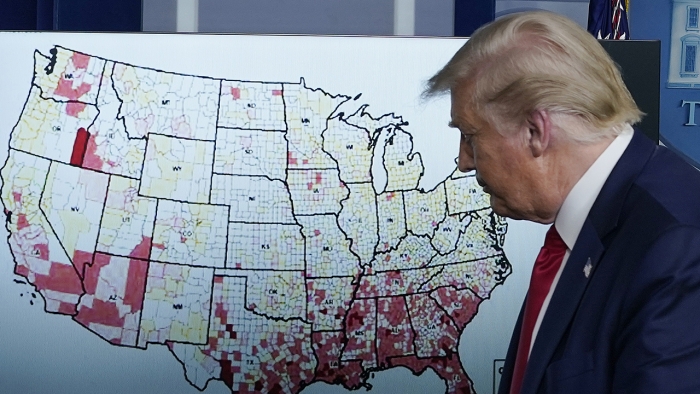 As the death toll from the coronavirus outbreak approaches 200,000 in the United States, Americans give their country comparatively low marks for its handling of the pandemic – and people in other nations tend to agree with that negative assessment. Below is a closer look at how people in the U.S. and around the world view America’s response to COVID-19, based on recent Pew Research Center surveys in the U.S. and other countries.

Most Americans say the U.S. response to the coronavirus outbreak has been less effective than that of other wealthy nations. Around six-in-ten adults (62%) hold that view, while a quarter say America’s response has been about as effective and 13% say it has been more effective, according to a survey conducted July 27 to Aug. 2.

News
Pfizer and Merck Covid-19 Pills Are Coming Soon in the U.S., but Other Countries Will Have to Wait
Wall Street Journal (News)

News
COVID Hospitalizations Surge Across U.S., Even in Most Vaccinated States
Newsweek

Analysis
How worried should we be about Omicron, the new coronavirus variant?
CNN (Online News)

News
Covid: WHO urges those at risk from disease to delay travel over Omicron
BBC News

News
Omicron Variant
The Flip Side