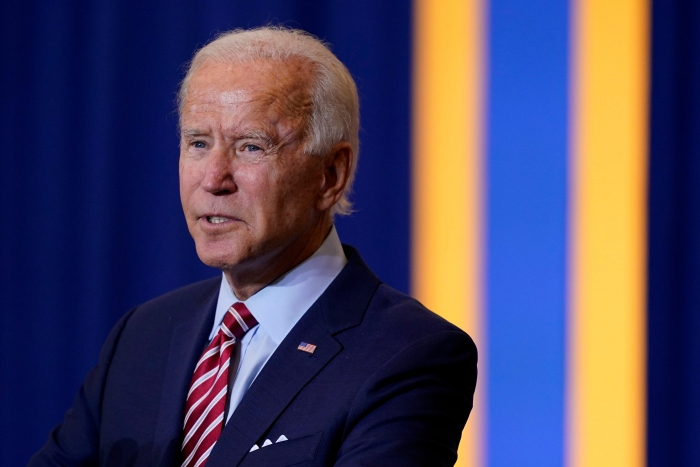 Posts on Facebook honed in on former Vice President Joe Biden and his record of military service — or lack thereof.

"Lifeguard/Football player Joe Biden got five draft deferments for asthma during Vietnam," a post claims, alongside a photo of high-school-aged Biden.

Some users also compared his record with that of his opponent, President Donald Trump.

Weeks ago, when Rudy Giuluani first threw the contents of Hunter Biden’s alleged laptop online, he promised a trove of even more damning information 10 days...

What Was Happening Exactly One Week Before the 2016 Election
OPINION

Jane the Virgin lost her virginity. The Chicago Cubs were playing in the World Series. It was #DMYourCrushDay on Twitter. These are just a few of the things...

First Thing election special: if Biden wins, what will his first 100 days look like?

If Joe Biden defeats Donald Trump next week, he will take office during a global pandemic and America’s most serious economic crisis for a century. And when he...

It's the final week before Election Day, and Democratic nominee Joe Biden and President Trump are making their closing arguments to Americans, as tens of...

In next month’s presidential election, America’s richest and poorest places will likely vote for the same candidate. That fact, peculiar enough on its own, is...

President Trump and former Vice President Joe Biden are employing divergent tactics in the final week before Election Day, with Mr. Trump set to crisscross the...

Tony Bobulinski, a former business associate of Hunter Biden, claimed in an interview Tuesday that the Biden family shrugged off concerns that Joe Biden’s...

Hunter Biden emails: Tony Bobulinski says he was warned, ‘You’re just going to bury all of us’

A former Hunter Biden business partner said Tuesday he was warned against going public with information about their business dealings when another ex-partner...

With the Wall Street Journal’s news side having gotten cold feet and the rest of the liberal media engaging in one of their most brazen cover-ups, Tony...

Joe Biden and his presidential campaign are staying mum after Hunter Biden’s former business associate went public to say he met twice in the past with the...