Voters, 2020 Election, Race And Racism, Inequality, Polarization
Save for Later
From The Center 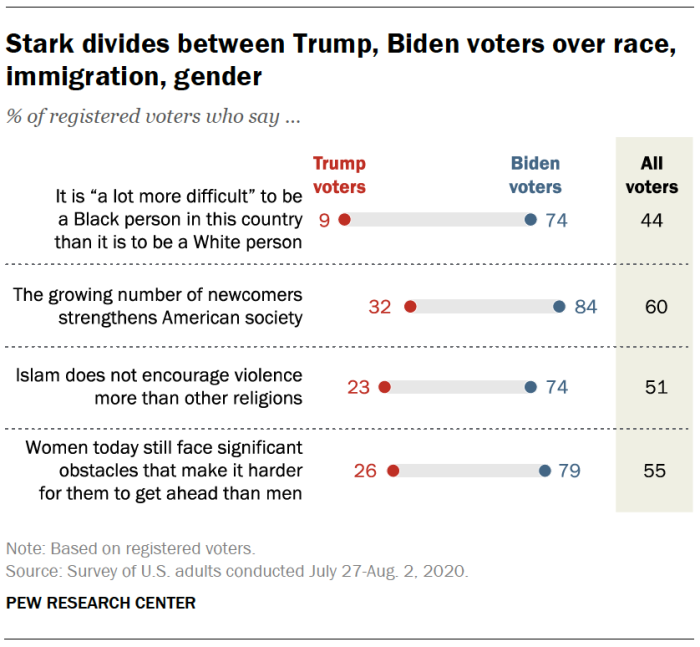 During the 2016 presidential campaign, supporters of Donald Trump and Hillary Clinton disagreed over nearly everything, including the extent to which Black adults in this country are disadvantaged because of their race and women because of their gender.

Today, these differences are even wider among voters who support Trump and those who back Joe Biden.

Across a range of political values – around race, gender and family, immigration and religion – there are stark contrasts between voters who support Trump and those planning to vote for Biden in November.