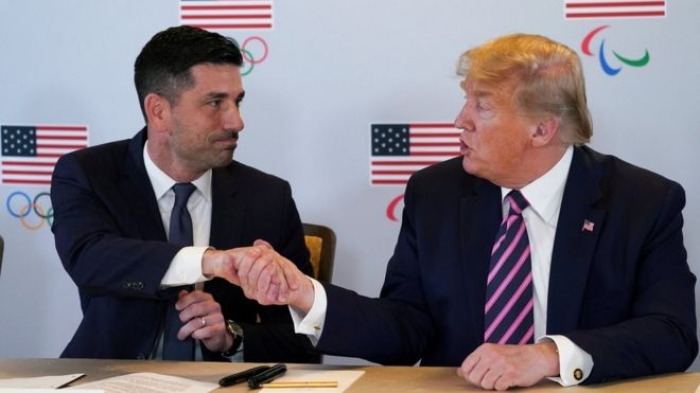 An intelligence analyst at the US Department of Homeland Security (DHS) has said he was put under pressure to downplay the threat of Russian interference in the 3 November election as it "made the president look bad".

In a whistleblower complaint, Brian Murphy said he had been demoted for refusing to alter reports on this and other issues such as white supremacy.

The directives were illegal, he said.

The White House and DHS have both denied the allegations.

How ICE Became a ‘Propaganda Machine’ for Trump
ANALYSIS

In June of 2018, Talia Lavin, then a fact-checker for The New Yorker, found herself in an unusual position for a journalist: She personally became the target...

WASHINGTON — The top two officials in the U.S. Department of Homeland Security were improperly appointed to the posts under federal law by the Trump...

The House Intelligence Committee received a whistleblower complaint claiming Trump administration officials at the White House and the Department of Homeland...