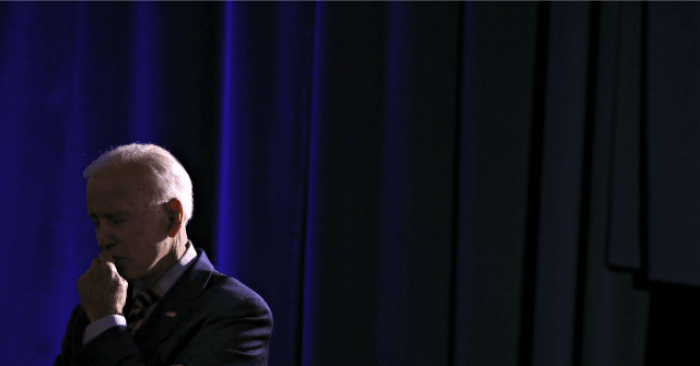 CLAIM: There have been 6,114 U.S. military deaths from coronavirus.

VERDICT: FALSE. There have been seven.

Former Vice President Joe Biden has been attacking President Donald Trump for remarks that The Atlantic claimed he made about dead soldiers in war (and which over twenty witnesses have publicly refuted). On Wednesday, Biden commented on soldiers who had died during the coronavirus pandemic — and overstated the number by a factor of nearly one thousand.

Biden was speaking to members of the United Auto Workers in Michigan. After fumbling about for a...

A persistent falsehood has been circulating on social media: the number of COVID deaths is much lower than the official statistic of more than 218,000, and...

How to Get Through This Election
ANALYSIS

In August, Twitter CEO Jack Dorsey was interviewed on the New York Times podcast The Daily, where he was asked explicitly what his company will do if President...

Trump takes his Covid misinformation machine back on the road
ANALYSIS

President Donald Trump takes his Covid denial tour back to the campaign trail Monday as the tense final stretch of an election now three weeks away gets a...

The US Centers for Disease Control and Prevention has again updated its guidance about how Covid-19 spreads to include information about potential for airborne...

Older people and Republicans are most likely to share Covid-19 stories from fake news sites on...
DATA

Since March, a group of scholars from Northeastern, Harvard, Rutgers, and Northwestern have been working to understand how social behaviors affect transmission...

After contracting COVID-19, Trump was dinged by platforms for spreading coronavirus misinformation
ANALYSIS

This edition of Coronavirus Facts is coming to you a day early because… well… *gestures broadly* all of this. First, White House staffers began testing...

U.S. Centers for Disease Control and Prevention (CDC) on Monday said COVID-19 can spread through virus lingering in the air, sometimes for hours, acknowledging...

The managing editor of the conservative blog RedState, who under a pseudonym has attacked officials leading the U.S. response to the coronavirus pandemic, was...

CLAIM: Leftwing media are claiming the medications President Donald Trump was given to treat his coronavirus infection were developed using fetal tissue from...

Facebook on Tuesday removed a post from President Donald Trump comparing COVID-19 to the flu for violating its rules on coronavirus misinformation. A...

CDC: Coronavirus Can Sometimes Be Spread Through Air

The Centers for Disease Control and Prevention said the coronavirus can "sometimes" be spread through the air, especially inside places that have poor...

Twitter has suspended the account of a Chinese virologist who has claimed that COVID-19 was manufactured in a laboratory. Dr. Li-Meng Yan, a former...

Will Kids in Los Angeles Be Allowed to Trick-or-Treat?
FACT CHECK

A viral Facebook post from media company Mitú claims that in Los Angeles County “children will not be allowed to go trick or treating door to door due to COVID...