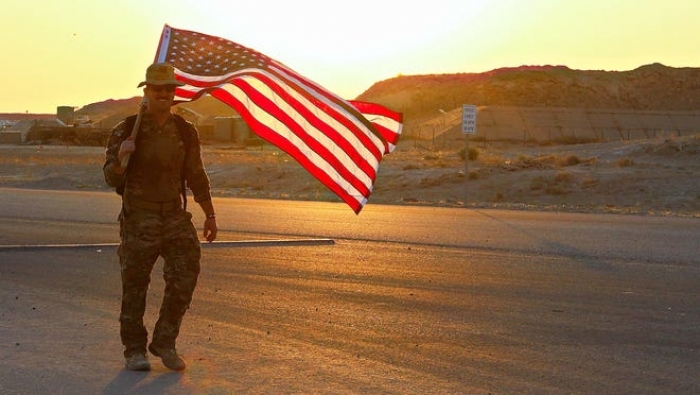 The U.S. is drawing down its military forces in Iraq from 5,200 to 3,000, the top commander in the Middle East said Wednesday.

The move is in keeping with President Donald Trump's pledge to cut the number of U.S. military personnel deployed overseas.

"This reduced footprint allows us to continue advising and assisting our Iraqi partners in rooting out the final remnants of ISIS in Iraq and ensuring its enduring defeat," Gen. F. McKenzie, commander of U.S. Central Command, said in a speech in Baghdad.

All eyes are on Senate Majority Leader Mitch McConnell on Tuesday. After the House overwhelmingly voted to both override President Donald Trump's veto on...

PRESIDENT-ELECT JOE BIDEN has maintained silence for years on the controversial and continued use of so-called targeted killings — lethal strikes by drones,...

A $1 billion fund Congress gave the Pentagon in March to build up the country’s supplies of medical equipment has instead been mostly funneled to defense...

The top U.S. general in the Middle East on Wednesday confirmed plans for partial troop drawdowns in both Iraq and Afghanistan before the Nov. 3 election, as...

The U.S. Senate will grapple on Tuesday with whether to increase payments to Americans reeling from the COVID-19 pandemic and override President Donald Trump’s...

The House voted 335-78 on Tuesday to pass the National Defense Authorization Act (NDAA), which authorizes a must-pass $740 million budget for defense spending...

US President-elect Joe Biden has chosen retired General Lloyd Austin as his defence secretary, US media report. If approved, the 67-year-old who retired in...

President Trump on Tuesday night threatened to veto a defense bill if it does not include the repeal of a legal shield for internet companies, throwing down...

Republican Florida Sen. Marco Rubio on Monday voiced support for $2,000 stimulus checks, diverging from some of his Republican Senate colleagues. The House...

President Donald Trump is vowing to veto the National Defense Authorization Act unless Congress repeals a section of the 1996 Communications Decency Act that...