Trump to announce further reduction in US troops in Iraq 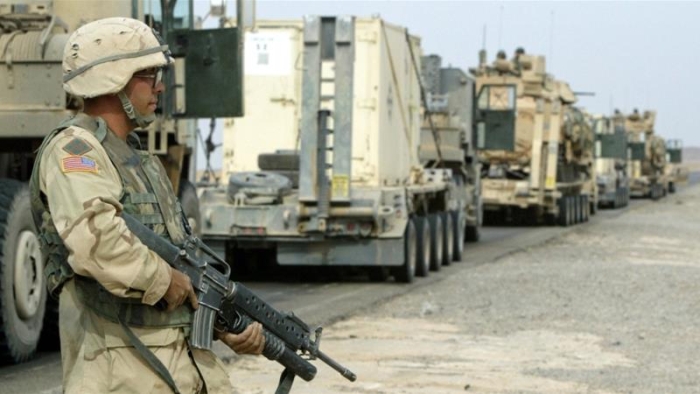 United States President Donald Trump will announce a further withdrawal of US troops from Iraq on Wednesday, according to a senior administration official, as he faces a backlash from reports that he allegedly insulted American veterans and war dead.

He will also announce an additional reduction in US forces in Afghanistan, the official said.

Trump is trailing Democratic rival Joe Biden in opinion polls ahead of the November 3 election.

The threat by Secretary of State Mike Pompeo seemed extreme. The United States would shutter its own embassy in Baghdad if Iraq didn’t rein in Shiite militia...

Last week, a battle broke out in the Nagorno-Karabakh region between Armenia and Azerbaijani. What began as a dispute over territory on Sept. 27, now has...

Sudan will be removed from the State Sponsors of Terrorism list and will begin a partnership with the United States and Israel, President Donald Trump...

President Trump on Friday announced a peace deal that would normalize ties with between Israel and Sudan, claiming there "would be many more peace deals to...