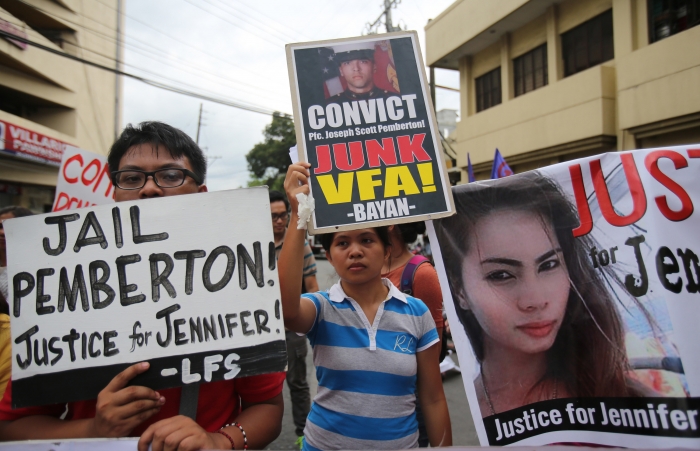 A US Marine convicted of killing a transgender woman in the Philippines in 2014 was pardoned Monday by President Rodrigo Duterte.

The pardon came five years after Lance Cpl. Joseph Scott Pemberton admitted to choking Jennifer Laude in a hotel room after paying her for sex and finding out she was transgender.

Pemberton had served less than six years of a 10-year sentence for the killing.

The decision to release and pardon him was confirmed on Twitter by the foreign secretary of the Philippines, Teddy Locsin Jr.

HEADLINE ROUNDUP
US House Set To Vote On Equality Act