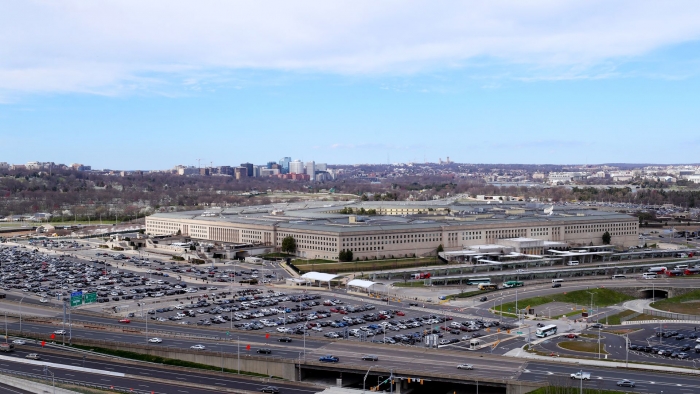 President Trump announced Friday that the Defense Department "will NOT be cutting funding" to the military's historic independent newspaper, Stars and Stripes.

Driving the news: The Pentagon had ordered the shutdown of the military's independent newspaper, Stars and Stripes, despite objections by Congress, per the AP.

In February, the agency proposed cutting $15.5 million in funding to the paper. But the House has since passed legislation that includes the funding through the 2021 fiscal year.
Details: A Pentagon memo, which was first quoted in an opinion piece in USA...

Go ad-free! Support AllSides.
About these ads
More news about US Military
https://www.axios.com/trump-says-pentagon-wont-cut-funding-to-159-year-old-newspaper-stars-and-stripes-28123896-4305-4d20-b4ee-beb4f93ea753.html

Chairman of the Joint Chiefs of Staff Gen. Mark Milley and at least three other members of the eight-member Joint Chiefs are quarantining after the Vice...

A $1 billion fund Congress gave the Pentagon in March to build up the country’s supplies of medical equipment has instead been mostly funneled to defense...

President Donald Trump bestowed the Medal of Honor on a U.S. soldier Friday, calling him “one of the bravest men anywhere in the world” for his role in a...

Joseph R. Biden Jr. will travel to New York and Pennsylvania on Friday to commemorate the 19th anniversary of the Sept. 11 terrorist attacks as he and...

President Trump promoted a baseless conspiracy theory on Tuesday alleging that the Obama Administration covered up a plot to stage Osama bin Laden’s death, a...

Biden, troop levels and the 9/11 legacy

Despite pressure from the left, Joe Biden is making it clear that if he wins, he won't just pull up stakes from Afghanistan and the region. Driving the news...

The U.S. is drawing down its military forces in Iraq from 5,200 to 3,000, the top commander in the Middle East said Wednesday. The move is in keeping with...

The US Department of Defense (DOD) has announced it's implementing stronger guidelines to safeguard religious liberty for military service members. First...

More than 200 retired military leaders have endorsed President Trump for re-election, the group of veterans announced through the Trump campaign. In a...