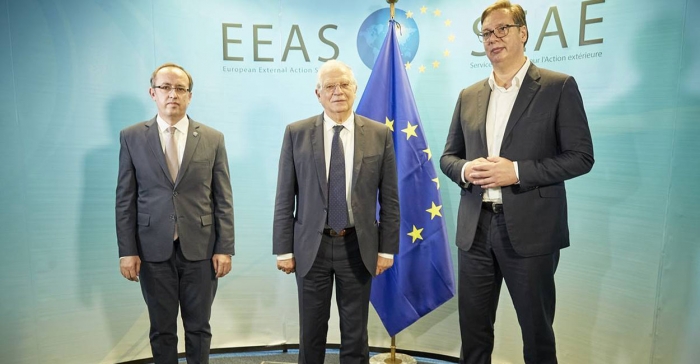 The U.S. will host Avdullah Hoti, the prime minister of Kosovo, and Aleksandar Vucic, the president of Serbia, on Friday for talks on normalizing relations.

The Trump administration had originally planned the talks for June 27, but they were postponed after the indictment on June 24 of Hashim Thaci, Kosovo’s president, on war crimes charges.

The administration has prioritized engagement in the Balkan region, in particular the resolution of lingering disputes between Kosovo and Serbia.

President Trump announced new restrictions for American travelers going to Cuba, barring them from purchasing rum and tobacco or staying in Cuban government-...