The Unlikely Kennedy Who Ended the Kennedy Dynasty 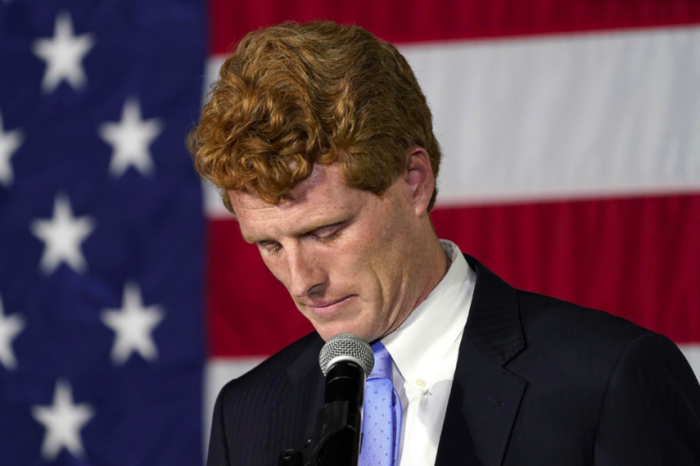 For most of the 60-year history of the Kennedy dynasty, it’s been easier to imagine its last act as coming in a burst of triumph, a spasm of violence or a dream-shall-never-die promise of enduring hope. On Tuesday, however, what might be the final note of this political symphony was written not in glory or tragedy, but in numbers, the sad prose of politics.

NEWS
What Happens on Campus Doesn’t Stay on Campus: Why Socialist Organizing Should Concern Us All
The Daily Signal

What's worse: no presidential debate at all or separate and unequal events staged at exactly the same time with a media outlet putting both thumbs on the scale...

Rudy Giuliani spent the spring of 2019 peddling a sordid tale on behalf of his client President Donald Trump about former Vice President Joe Biden in an effort...

The Constitution mandates that everyone be counted in the 2020 census. Trump has stood in the way. County Judge Lina Hidalgo, the chief executive of Harris...

The nomination of Amy Coney Barrett to the Supreme Court could prove pivotal on abortion rights. As was first revealed last week, Barrett in 2006 signed on to...

Democratic presidential nominee Joe Biden and Senate Minority Leader Charles Schumer (D-N.Y.) got a glimpse of what's in store for them if there's a blue sweep...

Facebook’s chief, once uninterested, has transformed himself into an active political operator in the Trump era. For more than a decade as he built Facebook...

President Trump and Democratic presidential nominee Joe Biden will compete for the attention of millions of Americans on Thursday night in dueling televised...

The second presidential debate may be canceled, but there will still be plenty of political fireworks on Thursday night. Republican President Donald Trump...

Hunter Biden introduced his father, then-Vice President Joe Biden, to a top executive at a Ukrainian energy firm less than a year before the elder Biden...