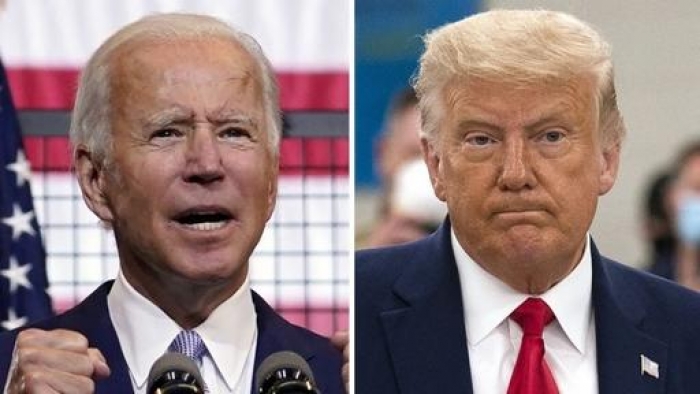 A draft Department of Homeland Security (DHS) memo that warned of Russian efforts to question the health of President Trump and Democratic nominee Joe Biden was never disseminated because it was of poor quality and lacked context, DHS officials said Wednesday.

The July 7 memo, originally drafted by DHS’ Office of Intelligence and Analysis and obtained by Fox News, found that “Russian malign influence actors are likely to continue denigrating presidential candidates through allegations of poor mental or physical health to influence the outcome of the 2020 elections.”

Former Department of Homeland Security officials spanning the Bush, Obama and Trump administrations say the Jan. 6 siege of the U.S. Capitol exposed the...

How ICE Became The Face Of Trump’s Immigration Crackdown And Where It Goes From Here After Biden Is...

On the day James Schwab realized the extent of the US government’s hard turn on immigration under President Donald Trump, he was sitting in a police station in...

Alejandro Mayorkas, the first Latino chosen for President-elect Joe Biden's Cabinet, will head a Department of Homeland Security that is expected to...

Miles Taylor, the former chief of staff at the Department of Homeland Security, was the anonymous author of The New York Times Op-Ed article in 2018 whose...

As outrage over last week’s Capitol Hill riot grows, the House of Representatives is moving closer toward impeaching President Donald Trump for a second time....

Bowser calls for more DHS security for Biden's inauguration due to "continued threat...

A suspected Russian hack that is rippling across federal agencies and U.S. businesses highlights the far-reaching impacts of attacks on supply chains....

A federal judge has reversed the Trump administration's latest round of rules placing further limits on the Obama-era program that shields undocumented...

Biden Choses Alejandro Mayorkas As His Secretary Of Homeland Security

Acting Department of Homeland Security Secretary Chad Wolf will resign from his post Monday at midnight, citing “recent events, including the ongoing and...

The Cybersecurity and Infrastructure Security Agency revealed on Thursday that the massive global hacking campaign conducted by foreign actors is even larger...

What We Know About the Cyberattack on the U.S. Treasury

The White House acknowledged reports on Sunday that the U.S. Department of Treasury was hacked by a foreign government. According to the reports, the...

“Anonymous,” the unnamed author who, while part of President Donald Trump’s administration, wrote a New York Times op-ed sharply criticizing him, revealed his...